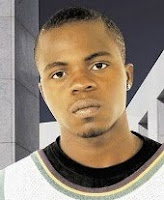 So many times life presents itself in ways you and I can’t explain, fresh ends and new beginnings, all in a mystery of things whose beginning we only heard of, and the end we can predict but still can’t determine because majorly, we don’t know when it will happen. Even a man on a suicide mission will never know how long the last breathe will last, ask Farouq Mutallab; his suicide mission is just taking longer than he predicted or ever imagined. It goes way beyond just pulling the string and letting the pants blow.
I know they say something like “didun ni iranti olododo“ in Yoruba, it simply mean sweet is the memories of our precious and honest beloved. After listening to “Every Day” again and again and again tonight, I can only smile at the sweet memories they bring, memories of real people in sincerity loving Dagrin’s good music like kids loving candy. I can still hear the sound of the beat playing on my portable DVD player, listening alone trying to follow the lyrics like a religion on the demo CD I got from Esosa aka Sossick (his producer), enjoying the music even when no radio DJ has laid their hands on the sweet music. I remember smiling at the sonorous voice of ‘Esosa flowing in it classic waves on the beat, while Oladapo’s voice was all over doing lyrical justice, spitting words that I could understand without blinking and the tempo going so right. I said it to myself each time “this is definitely gonna go beyond a thousand miles“. 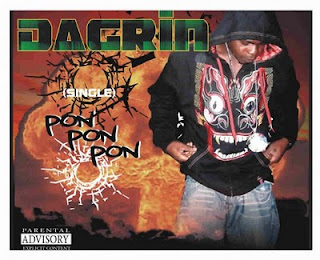 I haven’t met Dagrin yet at this time and I didn’t even know who he was but I met his music and it said so much about him already. I remember picking the Demo CD jacket to try and pick out the face of the hooded boy that was spitting out those magic words, but no matter how hard I tried, all I saw was the red inner lining of the hood and a near faceless ugly dude in it. The problem was that he was facing down and ONLY his cheeks were visible LOL! Probably, he was admiring his “one red shoe“.
I kept asking ‘Sosa “who be this guy” and all I could get from him was “that’s my homeboy Dagrin“, Banky another room-mate was a tad more helpful and quick to tell me about the lyrics of another song he did “ti o ba ro iro méfa mo shi ma notice“, that was all he knew and he got those lines from another place entirely, a song he did with “Lala” and all of it was still underground. I kept listening to his lyrics like a sermon, beyond “Gino” for me, he was the next big thing. My DVD player was always on replay, bumping my head “pon pon pon pon pon pon” and before I knew it, the whole room was infected with the mind blowing lyrics. Reuben aka Gentle, staunch Igbo man caught the fever and said it was a crime to be listening to it on the small DVD Player and together with ‘Sosa, they brought in a Home Theatre System and Gentle’s case got worst, it became that of an Igbo man that fell in love with the Yoruba studded lyrics of Oladapo. Gentle was always only able to jumple on the “you know what it is, ‘cos I know what it was” part of the lyrics, watching him rumble and mumble to the rest of the song was pure joy, the sick classic beat and forever green lyrics of the lyrical wërëy was undeniably hypnotic. Now I knew what it means to be real because Dagrin’s music made “Gentle” so green.
A birthday party on the floor of my hostel and he was there looking cute and fresh so I heard. I only saw him from afar but didn’t know who he was, all I knew was that he was trying to get fresh with my Fopefoluwa Samantha and nothing more. Then ESSA  Night 08 in Yabatech came and he was there for his man ‘Sosa, giving one those many free shows he never stopped talking about on and off the MIC.
At last, the day we met arrived. End of first semester in 2008, ‘Sosa heading home, he had called him to come pick him up and told me he was coming around, I didn’t know him and hardly knew what he looked like, didn’t even know who to expect so when he told me he was around to get his stuffs and take them home, all I did was pickup Sossick’s bags to help him move them down the stairs to the car. We got to the car, it was open but there was no one in it, we opened the trunk and there were two massive speakers wacked into the booth; leaving just enough space for a pair of sneakers and not enough space for the bag I was holding. Just when I was wondering where and where he was, ‘Sosa broke the jinx and called the cool looking young dude that was standing by jesting with another guy… “Dagrin abeg show, where we go put this bag?” and he came around, opened the back door and helped me lay the bag on the back sit. I was surprised he was the one standing by looking very ordinary all along and I didn’t even know. Immediately shoved the bag on the back seat, I called his name, shook his hands and told him how much I was loving his music, he smiled, licked his lips and said “Bros na God, I just hope say the streets go love am oo!, hope say we go get airplay before the album drops”. Blushing within and managing a smile on the surface, I joked about saving money that I will use to buy my own copy when the album finally dropped and went back up the stairs feeling like Thomas Sankara. ‘Sosa came back into the room with him, I bade ‘em farewell wishing I could snap a picture with them but time no dey that day and even “my apo mio ti shaka” around that time. I walked them back to the car and left the scene before they drove off with the sound turned on heavy. 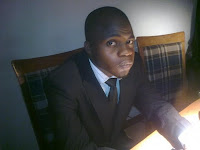 Dagrin came around again, the second time we spoke and last time I saw him in person alive. We spoke to him again a bit about about music with “Alomo” in hand behind my hostel, i think Laylow and Alonzo were around too. He left that day to live for two more years, one year behind the scene and the second year was of fame and glory in front of the paparazzi. His music became the national anthem and as long as Naija exists, we will sing them on… Now he’s gone and all I have is the mystery of the guy on the pack of the demo CD solved, his sweet music and lyrical madness, his never ending experiences he shared through his music, all in my head and in my heart just like the blazing sound of a train’s horn that can’t be mistaken “pon pon pon”.
Now when I hear your voice on my phone, stereo or on the radio, I remember the beautiful smiles on Rueben’s face as he bumped, whined and grind, singing along and mumbling away to lyrics he can’t explain from that chart bursting single of yours Dagrin. You rocked Naija and the rest of the world. I hear the passion and the meaning of every word in those lyrics, I feel the rich and real heritage we shared unknowingly and unconsciously, the rich tapestry of how you coined your words in Yoruba, a language I love, cherish and understands so much, I enjoy your music every time, every day I listen to it and it’s like getting high on Hennessy XO, I no longer need Alomo to feel heavenly, your delivery became my natural high already. You make me proud of who I be brother, and I follow the lyrics of your songs like the gospel and every day, your music plays in my heart. Somehow I found real music within your songs and deep within I wonder what it meant to be Ola’Dagrin Oladapo Olaitan Olanipekun …
Everytime I remember you, I smile and I am happy because I met you. Na only joy you bring me so, indescribable feeling. Na true say you no hear English but “shey Oyinbo gbo Yoruba”?.. You are the realest… you bring us all Joy. I miss you already Dagrin, Sossick will miss you forever, everyone you love will miss you forever and we all got love for you. We shed no tears of sorrow, all tears of joy… so you can rest as you desired. All we do is pray for you as you transfigure from Dagrin to Daking!.
Ajanaku subu ko le dide, a! o mase oo…. Rest in Peace brother! Sleep well brother.