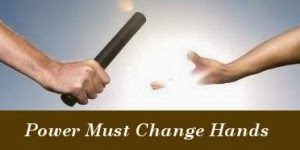 I have asked myself this question over a million times and today, I choose to ask again. When will tomorrow come in Nigeria? I am sure this is a question on the lips of millions of young Nigerians at home and in the Diaspora. It has been a dream, always a dream to see young Nigerians grow into position of leadership, strength and power, into positions that will justify the world famous line from the rhyme that we sang as kids. “…Parents listen to your children, we are the leaders of tomorrow…”.
A good percentage of the children that were born in the year Gen. Muhammad Buhari was usurped from power are no longer in the rank of children today, they are daddies and mummies, either by choice or force, in subjection and response to their natural hormonal growth and bodily development that has committed them to going familiar. Even for those that are still in charge, they are Godfathers to so many children that they can hardly go in any direction without being called daddy. I am a good example. The eldest of my Godchildren will be ten in November 2014, I am still single but it’s almost unbelievable because if I was a girl turned woman, I would be regarded way beyond my prime, and would be in the class of the so many praying by fire in the various camps of Pentecostal churches adorning the Lagos-Ibadan express way.
I remember writing in my essay that won Africa Regional prize at the World Youth Movement for Democracy contest in 2010.

“The youths have been a major part of the problem for too long, now is the time for us to become an integral part of the solution.”

I was also forced to site an expression that was more of a truth than joke that I found on a friend’s Facebook page during the build up to the 2011 election that same year when Buhari rolled out his campaign under the banner of CPC in the essay.

“In 1984, my teacher told me that Gen. Buhari was a past leader, Gen. IBB the president, and that we are the leaders of tomorrow. Now it is 2010 and they are still leading. It is either my teacher is a liar or tomorrow is yet to come.”