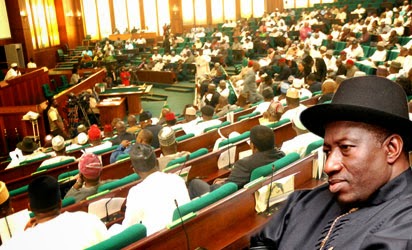 I had to find the origin and the meaning because I was getting a bit confused about the function, duty and purpose it was created to serve, I wasn’t surprised at all when I discovered that it all started from Italia, the Mafias, “Senātus”, derived from the word “Senex” meaning the old man or more creatively, THE GODFATHER.
Senate started as the state council of the ancient Roman republic and empire, which shared legislative power with the popular assemblies, administration with the magistrates, and judicial power with the knights. So our 109 supposed “Senātus” in Nigeria technically shares power with the Reps, The Executive and The Judiciary and must be a part of anything that goes on within these entire arms of government. In fact,

“the senate must ratify any treaty with a two-thirds majority”.

Meaning the president do nothing without the approval of two-third of the senate.
At the last State of The Union address by President Barrack Obama, these words stuck with me and I will quote the interesting part of it.

“What I offer tonight is a set of concrete, practical proposals to speed up growth, strengthen the middle class, and build new ladders of opportunity into the middle class.  Some require Congressional action,and I’m eager to work with all of you (senators).  But America does not stand still – and neither will I.  So wherever and whenever I can take steps without legislation to expand opportunity for more American families, that’s what I’m going to do.”

I was amazed because here in Nigeria, the senate is not a check and balance entity for other arms of government,  the only time they exists is when the budget is sent in for deliberation on how to “share-the-money”. Once that is settled by February, the executive becomes an independent arm of the government that acts without the senate ratifying its actions and the senate then becomes a sit and sleep gathering, where old fools wake up only to discuss contracts and allowances before they go back to sleep, to wake up on weekends to attend “Owambe” parties, a committee of “Yes Men”.
Perhaps, I misunderstood the function of the senate? Ours throw chairs and mace when the allowee and contracts are being blocked or when there is tussle for power and never in the interest of the state.
Senators are men, (young or old) elected into congress to represent and serve the interest of the people, but here in Nigeria, they do the will of the party and presidency for the sake of their personal purse, damning their primary objective wish is to serve the will of the people by checking and balancing governance with legislative powers. I recently watched a Nigerian senate plenary session on NTA and the site was an eyesore. Half of this “Yes Men” were asleep, I am sure most must have been snoring and the whole session was blurry until the senate president smashed his hammer to jerk the lot that were dead back to life… A few mumbled words, no audible or visible objections from anywhere and smack! again, “The Hi’s have it”. No wonder they missed the Pacific Christian University on Stella Oduah’s CV when she was screened as a ministerial nominee, they only woke up to say “HI” at the sound of the hammer.
CNN was interesting over the weekend. The congress screened ambassadorial nominees of Obama and there reports were everywhere, plenty NOs or Nays as the case may be, plus plenty recommendations but I am yet to hear of a situation where our senate said nay to any executive nominees at any level for any position.
The Ukrainian President Viktor Yanukovich fled Kiev after acting interior minister says he is wanted for mass murder with a warrant signed by Congress. The convoy of  Kogi state killed Professor Iyayi and nobody was arrested or questioned, all we got were condolence messages. The Son Of Abia State Governor, Chinedu Orji Killed was accused of killing his PA at a rally organised to flag of his father’s Senatorial ambitions and the best we had of it was the breaking news, no arrest. Four people were killed, while others were injured by Ondo State Deputy Governor’s convoy in February but nothing was said about it. The first Lady Of Kwara State was alleged to have killed a Community Leader with her over-speeding convoy but she denied by claiming that her convoy saw the truck coming, and sped off before the accident happened. I am not surprised that nothing has happened, Boko Haram killed over 300 hundred Nigerians in a single weekend and all GEJ could say in his media chat yesterday was

“It is quite worrisome, Surely we’ll get over it.”

When GEJ was asked about the recent comments by the governor of that state that it appears the militants have upper hand in the war, his response was plain stupid

“if we pullout the military from Borno state, let us see if he (governor of Borno state) will be able to stay in the government house,”

No sense of remorse, no compassion, everything is just fine. I am sure if such had happened in Ghana and the president made such senseless political remarks, the senate would have a moved a motion for his impeachment but here in Nigeria, most of Senex are “Yes Men” and PDP so it’s cool.
Yes, we will get over it because today again, 29 young lives were taken in Yola and the senate is still silent because clueless GEJ is yet to say a word.
ü  We have the Navy and Air Force with hundreds of thousands of men in service but still, our water ways security is contract to Tombolo and Dokubo in billions of naira because the senate said YES to it.
ü  The subsidy jumped from a few billions in naira to trillions of dollars in less than two years, and the senate said YES it’s normal.
ü  Tens of trillions of naira of the nations had disappeared because the senate said YES you can take it.
ü  Boko Haram is killing Nigerians, GEJ is watching and the senators are saying YES it’s a war film, watch it.
ü  Nigeria is suppose to be a secular state but the Executive spends billions for religious pilgrimages every year and YES says the Yes Men
ü  Young girls are being handed out to pedophiles in marriage and our senators said YES 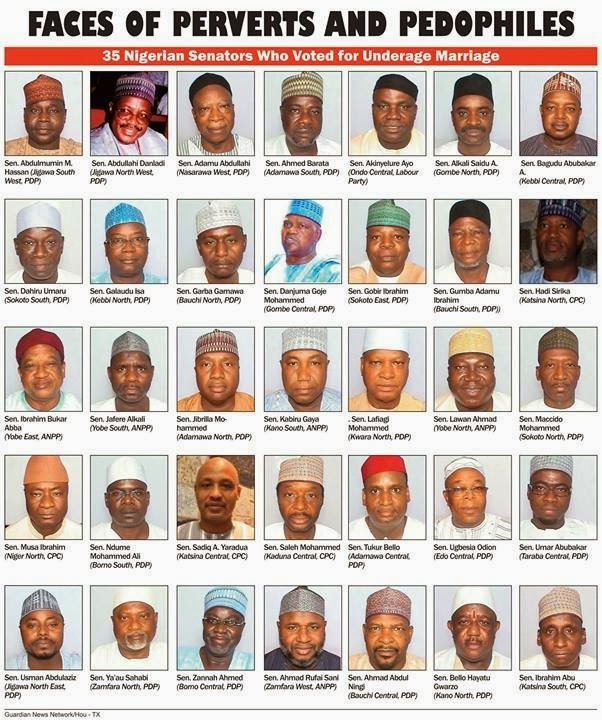 A lot of yes is what we get, we can’t sit down with our arms folded and watch this insane senators say YES everything in their old age while they ruin the future of this great nation. I choose to say No to this Yes Men
Continue reading