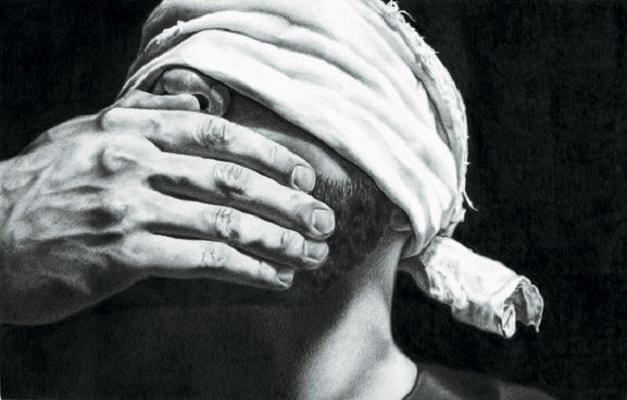 Amazing grace!
The sound of war, the clanging of gongs, the boomerang of bombs and the weakening of the walls of this great nation that is now seemingly hanging on the sling of Boko Haram and corruption must be rescued with the right weapon of warfare “The Truth”.
Based on the facts that I gathered from the pages of history about the origin of “Mai Tatsine” and from listening to the testimonies of Professor Dauda Ojobi, a former secretary of Northern Christian Association of Nigeria (CAN), a retired Professor from  Benue State University faculty of Law, the 3rd Reverend Father from Northern Nigeria after Paul Gindiri, and GG Ganaka and the first Nigerian overseer of Baptist Church in Kaduna and also One time commissioner of Justice in Bauchi State, I wrote a piece few months ago about the real origin of Boko Haram and how we can end it by uprooting it from the root, but because of our bridled love for religion in place of the truth and God, a lot of people tagged my assertions pervertedlies and claimed I had no good enough ground to substantiate the truth that I know and was sure of.
On the return from my erotic erratic as usual, I found something so interesting, confirming the truth (some call it suspicion) that CAN actually started what led to “Mai Tatsine” and now “Boko Haram”. If you want to see what I found, please kindly visit this link and read the beginning of my revealing espionage before proceeding to watch the video below.
“The Source and Solution To The Menace Called Boko Haram”
Watch Video by Clicking here >>>> Video
I am sure you are blinking and thinking it is mere coincidence for Shekau of BH fame to be saying this same lines in this video? Naaaa! It’s the truth; the wrath we now face is from the not-so-well plotted plan of our own Christian Association of Nigeria (CAN) to bridle the growth of Islam in the North of Nigeria. That failed plan resulted in a plague that not only burning the north, but weakening Nigeria and making Christianity in it a sour experience in our country. I am not surprised though, the church is so ridden with a history of persecuting even Christians for diverse belief, how much more Muslims…and it’s vice versa though just that the haramites prefer f*cking with just Christians and any other institution that looks like it.
I remember my service year in Hadejia, Jigawa State, there were posters labeling sports as an Illuminatic design and any constellation to watch a game a “Haram”. The pictures of tens of sports star and music artist making illuminati signs crossed with red ink decorating the doors of some business centre and even the walls of a business plaza that homes a pharmacy on the busiest street of Hadejia now makes more sense in my head. I saw it and just ignored it even at the door of viewing centres because watching football was the only evidence of real life for me in Hadejia, it was a new world so music and sport was my only connection with the real world. With time, I graduated to watching it at the house of Shina Ayotola, the author of “A Little Bit Of Everything” because somehow, it kept me in the circle of people I felt safe with… bankers and youth corpers like me. The only danger I saw back then was the general extreme religious values and belief system, the strong ethnic inclination and political brouhaha. The idea of a sect, engineered by the failed plan of CAN called BH was never real enough to pose a threat but now I know we could have even more than just BH to deal with.
Maybe if the Northern Christian of old had been patient enough and be religious tolerant enough and thoughtful enough before devising such demonic stance in the name of god and not God, the innocents Nigerians of today won’t be falling by the counsel of those in the past who thought in their heart that they could help God by starting a war within the Islamic camp instead of loving, praying and living to be a reason for Muslims to come to Jesus.
Now we must lick our wounds, groan with pain, confess our mistake and seek the face of God by coming boldly towards the throne of mercy, so we can find help in this time of need. The race to be the next jet owner or the biggest pastor or minister in Africa should stall a little, let us all go down on our knees, Christian and Muslim and pray in this month of Ramadan for God to arise, destroy the gathering of this vengeance seeking delusional psychos and help heal our land.
I refuse to be called a Christian or Muslim, I will allow the world around me decide my faith when they see the works of faith bearing fruit in me.

Becareful what you believe they climb the pulpit to preach in any gaddem church or mosque, but more importantly, Christians beware! 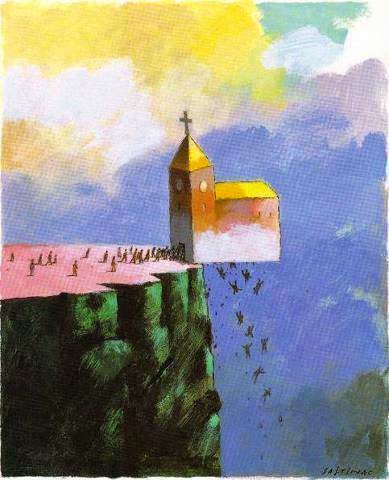