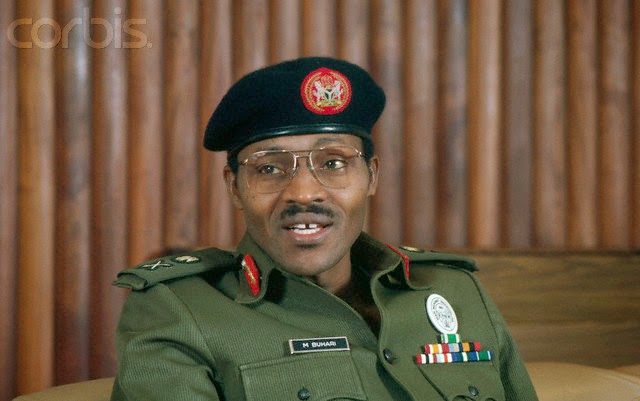 I wonder the length Buhari and his followers will go in an attempt to make a saint of him, it is becoming way too scary the way he himself and his followers peddle lies and unfounded facts about his good deeds when in reality, this so-called facts are fables and strange stories that never happened. I have written articles that are filled from top to top with facts confirming the real truth about the true identity of the lying ethnic bigot called GMB, and I have done justice to shedding lights on his potentials and his ability to deliver disaster without flinching. The good thing about GMB is that he’s not religious, but he’s so ethnically biased that it fuels his power drunk ambition like a solar panel. It powers him so well that he will do anything to get a chance at being the president of Nigeria again because he strongly believes it is his birthright, and he’s sparing all the lies he could to get to the rock throne.
In January, I wrote about the desperate unholy alliance of this unholy Mallam in “Buhari, The Unholy Mallam and His Unholy Gang“, all of my assertions were based on facts that I personally experience and the truth about his character. I further reeled out his true achievements as a president against the back drop of the lies that is being shared daily about him in another truly thought provoking episode “The Power Drunk General and His Many Crimes“. Before I proceed, I will like to throw more lights on some of the shady lies that is currently being overblown as the truth about him before proceeding to reel out the truth in its plain form.
THE LIES
Some of the lies about the achievement of the General
1. Buhari is erroneously being credited with building three refineries and petrochemical plants during his illegal presidency, as well as during his tenure as a petroleum minister.
2. He’s being presented as a saintly debt paying president that didn’t borrow of think of borrowing from anywhere. He’s even being tagged as a no non-sense ruler that broke ties/relationship with IMF et al…
3. He’s pushed forward as a disciplined, anti-corruption campaigner/enforcer.
I will establish the truth using this blatant lies listed above about the general, demystify the confusion and use it to establish the more truth about his true identity.
THE TRUTH
1. Buhari did not build a single refinery or lay any pipeline, in fact, he didn’t build any job creating or value generating infrastructure, the only establishment he created that employed people was “War Against Indiscipline (WAI)”. In factual details, Nigeria had four refineries initially which was later converted to three and they are:
“Shell/BP built Port Harcourt I in 1965 as a topping and reforming refinery with a distillation capacity of 3 million mt/yr (60,000 bpd), and Port Harcourt II It came on stream in 1989.”
“Port Harcourt I was connected to the Vacuum unit and FCC at Port Harcourt II, and the operation of the refinery was integrated, and operated under one management in 1993.”
The Question is, was Buhari the president in 1965 or 1989? We didn’t even have a president, our Prime Minister was Abubakar Tafawa Balewa  in 1965 and Babangida was the military president in 1989, NOT Buhari, he executed hte coup that brought him into power on the last day of 1983.
“The Warri refinery, located at Warri in Nigeria’s Delta State, is a complex refinery with a distillation capacity of 6.3 million mt/yr (125,000 bpd). The refinery came on stream in 1978″
Was Buhari in government in 1978? Yes and Nope, this was the period of the military reign of Obasanjo “The Kaduna refinery first 50,000 bpd unit was built in 1980, it was a fuels unit designed to run light Nigerian crude. It was later revamped to 60,000bpd by the addition of a pre-flash unit. In 1982, a 50,000 bpd sour crude unit was built, designed to provide feed to a lube baseoil manufacturing plant, an asphalt plant, and an Linear Alkyl Benzate (LAB) plant.

Buhari was appointed the as the Federal Commissioner (position now called Minister) for Petroleum and Natural Resources. When the Nigerian National Petroleum Corporation was created in 1976, Buhari was also appointed as its Chairman, a position he held until 1978. By all standards the refinery was an achievement of the Obasanjo administration and not Buhari’s effort.

Was Buhari near the presidency in 1980-1982? No! He was still working with the Coup De Tat team on how to highjack power and disrupt democracy.
“In 1987 the LAB plant was started up.”
Emm! Where was Buhari in 1987? I am sure that’s a question for the gods, only the gods can answer that… Want to find out more, please visit MBENDI to read more.
So with all this fact well laid out, when did Buhari build the refineries, while serving as petroleum minister or during the days of PTF? The answer is still absolutely NO. So why is the general keeping mute about this lies being peddled in his name, I remember he sued when he was accused of saying “Nigeria will become ungovernable if GEJ should become the president…” Why is he going around in flowing agbada without discrediting this lies at any time? So much for a man of integrity.
2. Did I hear anyone say he didn’t borrow money? Sorry to disappoint you. Not only did Buhari work with the IMF and others in paying up debt, an herculean task; but he also negotiated with the International Monetary Fund for some $2 billion in emergency loans. He never got the loan before he was luged by IBB.
3. He’s being portrayed as an anti-corruption/disciplined personalty, but all those who were alive and old enough to know during those years knew it was the crusade of Idiagbon and not Buhari, rather Buhari was busy protecting corrupt northern and paying assassins and kidnappers in a show of power. I bet you wonder why Idiagbon is dead and Buhari is still alive, it is because he more of a snake than a straight person. If indeed Buhari is anti-corruption, why did he pitch tent with the Abachas and even attempted establishing Mohammed Abacha as the governor of Kano State in an attempt to fund his selfish power drive. Suddenly he switched camp to Tinubu and is now friends with the same Obasanjo he swore to bring to justice for being corrupt. That is so much for integrity for me; calling him an upright man to me is like calling a chameleon an unchanging, consistent reptile.
THE REAL BUHARI
Let me set the record straight so you will know that Buhari is man with a lifetime record of lies and deceit. In 2003, Buhari said “I will never contest for Presidency again” but this is 2014 and he’s just declared his intention to contest again.
In 2001, Buhari told a mammoth crowd that “Muslims should vote for only those who would protect their religion” in Sokoto. Although he’s not religious as I stated earlier, he is manipulative and will create confusion for his ambition. He didn’t advise his audience to vote for those who would fight corruption, who would develop the economy or unite the country.
Just like he claimed to have squeezed himself the last time, Buhari claimed he borrowed money to buy interest and nomination form for the coming election from a bank. I will like to ask some questions, what was his collateral and interest rate on the loan, who paid for Abuja declaration rally of Buhari, who will pay for the rally across the 36 states of the federal?
If Buhari who was a former: Petroleum Minister, GOC (Jos Armoured Division), Head of State and PTF Chairman who received gratuity as a General and currently receives pension as a former Head Of State is claiming not to be able to afford N30M, a figure I’m sure Wizkid can afford, then he’s not worthy to be a local government chairman, not to now imagine becoming the president.
What message is he trying to send, that he’s a squanderer who spends all he gets? Is he trying to tell  Nigerians that he has never invested or saved a dime from his lifetime of work and stealing… Is he that wasteful, does he lack internal support even within his own party that none of the billionaires trust him enough to invest the amount in him?
If indeed he had to borrow money to join the race, he will have to kiss asses to run a lucrative campaign across the nation and would have lost dignity or value before the campaign gets to the 36th state, and will owe atleast 37 more institution or people money, contracts or whatever they demand of him with interest if he were to eventually become the president. Therefore, his priority will be to service his debt and not serve Nigerians. This is damaging enough if it’s an attempt to score cheap prudency goals, he’s only proven to me personally that he’s wasteful and cannot be trusted to guard, build and increase the commonwealth of Nigeria and therefore I pass a vote of “No Confidence” on this lies ridden General of the North.
Please note: I am not telling anybody to vote for Goodluck, I will rather just participate in the guber votes and allow God to decide the presidency since we are all religious bigots if it ends between GEJ and GMB, but I just want Nigeria and the world to know!.. General Muhammadu Buhari is a no way near a discipline, valuable, trustworthy anti-corruption crusader, he actually ricks of corruption like GEJ, just a different scent of the obvious corruption fragrance hovers around him.
Continue reading
Bigot. Buhari Dictator Tyrant