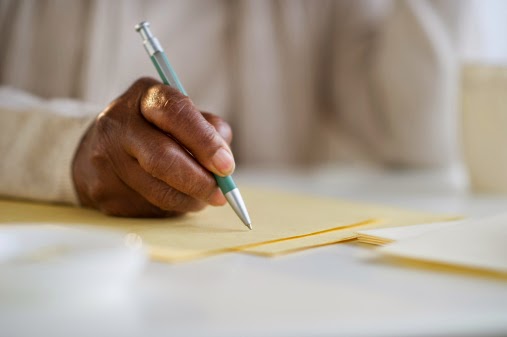 It’s been four five years since I last won anything from you guys, yes five good years and it was a bag that I won for writing my beautiful Iya Toyin a beautiful poem on Mothers Day. Ever since then, i have tried everything within my power to add another feather to it but with no success. A recap of some of the things i’ve done in defence of MTN Nigeria over the years scares even men.

In 2009, a fought a friend of mine for turning that your logo tune “do re mi re do re do” to “Dem dey give us wahala o”. Not for once did I get a single min of free call for my wahala, not a minute more for XtraCool at night.

2010, I slapped a bus conductor and pushed him out of a moving bus for referring to MTN’s network as “network oshi” meaning “rubbish network”, i was never compensated for the heroic, a single minute would have made me throw a pilot out the plane for MTN, so sad i got none.

2011 was the year I road a bicycle from Fandum to Hadejia in search of signal so I could call Lagos, even though their was network on the Glo lines of my colleagues, i refused their offer to use their phones to make the call. I even received calls in Germany without roaming in thesame year with my hard earned credit and tweeted at MTN from Frankfurt in September in attempt to win free recharge card during your 10years anniversary to no avail, infact i didn’t get a retweet but still I stayed with you. You can check your records, my twitter hand is @enyola.

In 2012, I bought a blackberry and subscribed every month of the year from April, I looked forward to more but the best I got was extension of BIS, not even a minute of free call, none that I know of. Even when I texted WIN to those number, I only got debited, I didn’t win “shishi”. I was hoping I would win the aeroplane on offer sef, in fact I went to Yaw’s house to ask if I needed to text the entry in his accent to win the aeroplane but instead, you gave the Cessna 182T aircraft of the MTN Ultimate Wonder promo to Ebube Essien-Garricks, was it because her surname sounds like “Gatwick Airport”?

2013 was amazing but you guys didn’t offer us another plane. Don’t pretend like you are afraid of NCC, you’ve not stopped sending us the SMS even after you’ve been warned never to send it to us again. I have never complained, in fact, i read every SMS you sent, hoping to find info that i’ve won your head office since that’s the only thing that could be bigger than winning an airplane.. becoming your landlord would have been perfect.

This is 2014 and today is Dec. 2nd, Are my not going to get the chance to win something this year? When will I win again? I have considered two possibilities, I changed my nickname to “Odeku” and started drinking only Big Stout “Odeku” just in case last years promo was going to be something related to winning your head office; going in sync with Garricks/Gatwick experience. I also added Diamond to my real name and I opened a y’hello account and I’ve been listening to only music from MTN ambassadors, adding only Diamond Platinumz songs to my playlist with the hope that this year 2014 will be the opportunity to WIN Diamond Bank your new partners. I’m patiently waiting for you guys to roll the promo out, it’s December already and the new year is just a few days away.

I’ve defended MTN even when there was no network on my phone, bought recharge card even when I’d not eaten and refused to borrow airtime even with the text I get everyday congratulating me that I’m eligible, so you’ll know I won’t be borrowing money from Diamond Bank when I win it in the MTN Promo.
Dear MTN South Africa please notify MTN Nigeria that I’m ready to win Diamond Bank. If they don’t want to make it public, they should contact me here so we can start making arrangement for the handing over. I will like to be just though, I want everybody to know that I won it, I don’t want it to look like I did ojoro so please contact me before Santa chooses to offer me something bigger and I will be forced to reject your offer.

PS: On the evening of the day I wrote and posted this on Facebook, MTN sent me a text, asking me to spend N7000 in other to enjoy Awoof on Jumia! Walahi, this is height of wickedness