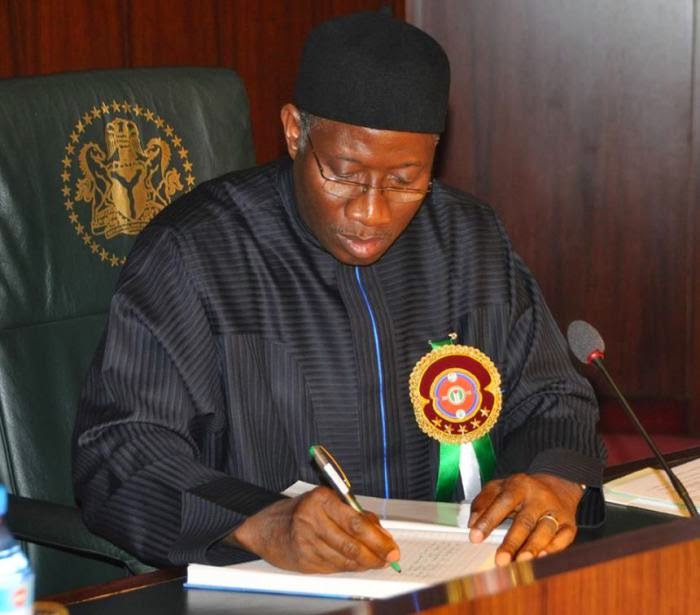 Dear Mr. Goodluck Jonathan,
It is with a very sore heart that I read your uncultured, and blatant expression of stupidity on your official Facebook page a few minutes ago, I could have ignored it as one of your supposedly manipulative but fangless campaign moves, but the heaviness it bored in my heart would not allow me puff past this demeaning expression of yours. It’s a slap in our face and I’m not going to turn another cheek, I am hitting back.
I will be hitting the nail straight on the head so you will know that you and your media team or whoever you’ve kept in charge of your publicity are only digging your grave beyond you losing your the presidential election this coming February.
How on earth can you come out on a global platform and claim that you have succeeded in increasing Nigerian’s Average Life Expectancy to 54 years from 47 years when in thesame period of five years, you have succeeded in giving away the lives of over 20000 Nigerians to extremist by ignoring your primary responsibility of defending and protecting Nigeria as a whole, to defend and protect the Ijaw community instead? We know it is your ‘Oil’ and ‘Oil Money’ but atleast protect the nation so you can have a good front for your continuous stealing spree, and not assume that everybody that criticize you is an enemy.
If I may ask, how do you wake up in the morning and swallow ‘Fufu’ with your foul mouth and horrible looking face, knowing that Nigerian Soldiers are out there dying and still defending the territorial integrity of Nigeria without being equipped enough for the job just because we don’t have guns and grenades but because you’ve become an Ijaw Warlord, with interest in only the South South Army of Dokubo and Navy of Tompolo instead of being the C’in’C of our armed forced?
How do you wake up in the morning without having death wishes when you remember that hundreds of girls in Shekau’s captivity, and they could have been any of your adopted or biological daughters? Or is that Olukolade told you they’ve rescued every woman and girl child that was kidnapped before and after the Chibok girls saga? If he did, he’s been lying again… the hundreds are still in captivity.
I saw the images of what your co-president Shekau of the Borno caliphate shared just yesterday, he didn’t only claim responsibility for Baga, he showed us some of his artillery, his arsenal, his personal war chest of weapon.. do you as a president have a single barrack that can boast of thesame Arsenal? It is even sad that 90% of this weapons were seized from Nigerian Military according to Shekau’s speech in his last video, and he even conceded that our Army can wipe them out but that we are only cowards, So how do you go to sleep at night, knowing that your colleague in warlordship Shekau has more guns and grenades supplied to him by you and your senior military officers, Oh! I forgot, your boys in the creeks have more guns, grenades and war boats too, so you are sure you can sleep in peace in Otueke atleast.
Dear Goodluck Jonathan, I am indeed worried, not for my safety or your safety, but I am seriously disturbed about your sanity. It is scary and staggering, almost unbelievable that a supposedly lettered (not educated) individual with your experience and exposure can come out and present “life expectancy” as an achievement of your failed administration in a country that has lost tens of thousands of her citizens to your carelessness. Imagine if the 20000 that we’ve lost can live happily to the age of 47 and die a natural death, compared to their friends, family and loved ones living with the pain of their untimely death for an extended 5 years of their lives?

This is not a death wish for you (you are ugly) and you beautiful family but please answer this question within the confines of your heart and decide sir. What will you prefer, to lose your beautiful sons and daughters to a bloody war, ill health or the incompetency of a failed leadership and have an extra five or ten years to mourn them, or live with them for as long as the times of life permits? I know it might be hard for you to answer but I can help you with the answers. Pick up your phone and call Pa Edwin Clarke, yes the big Delta man that has been advising you wrongly and ask him if he will rather have his son (sister’s son) that died in Bauchi during the post election fracas of 2011 back and die five years earlier or lose another son or daughter to boko haram bomb blast and have another extra five years to live with the pain of his loss? His answer should be your answer sir.
The logic is simple, we don’t want another four years of your manipulative rulership for another five years of wailing and mourning, we will rather live short and glorious 45 years life expectancy than have 59 years of sorrow, war, death and pain. Your time is up sir.
Sincerely,
Abidemi Babaolowo Oderinlo
I Write What I Like 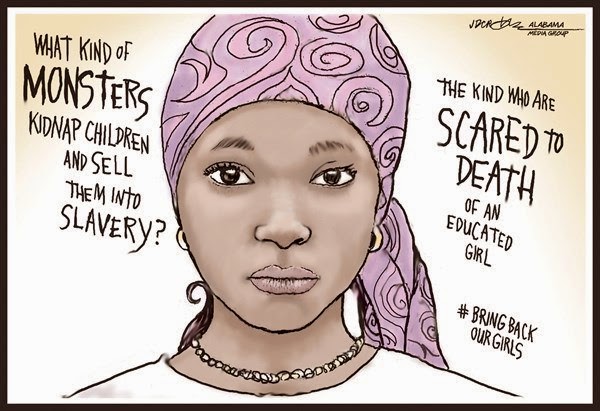