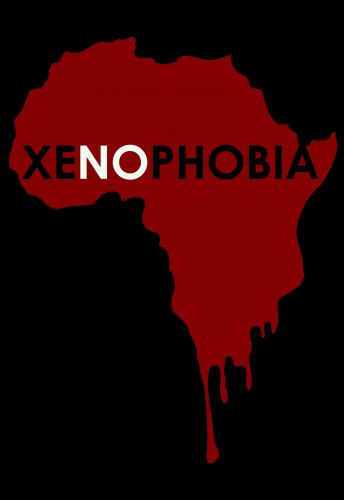 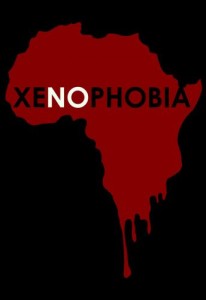 I saw a video this morning of the xenophobic acts going on in South Africa (SA), it was horrific, totally unbelievable..the saddest moment of it was when a 12/13year old looking boy in high school uniform joined in the barbaric act of killing and maiming another, all in the name of xenophobia, an act worst that dementia because if it were dementia, it would have been milder and better. I would have shared the video but that will be more like glorifying this cultural madness that has plagued SA for so many decades and generations.

A few days ago, I read online that the statue of the icon of apartheid Cecil Rhodes was being removed from a SA university and I felt good about it, it was more like “alas’ SA is finally redefining her identity” but I didn’t see the xenophobic explosion following closely. Perhaps if it were attacks on the Brits and the Dutch nationals within, I would have tagged it retaliation or assumed it was fueled by the statue that was removed, but it amazes me that who my SA brothers have decided to kill and roast are their African brothers and that just blows my mind away, how on earth did SA as a community arrive at this point, what in hell or hell instigated #BlacksHateOnBlack (note: I’m not in support of the attack of anybody either black or white).
Over 360 Malawians have seriously been affected by xenophobic attacks in South Africa considering the size of their population in Durban where it all started some days ago, Congolese are not left out and considering the number of Nigerians in SA, I see myself as the real victim as a Nigerian. The crime of other Africans as reported by Some South Africans is that immigrants are taking jobs and opportunities away from them. The latest violence followed reported comments by Zulu King Goodwill Zwelithini, an influential figure among the Zulu ethnic group, that foreigners should “pack their bags” and leave. The king has since appealed for an end to the unrest, claiming he was referring to the group of immigrants  that are constituting nuisance in SA. I’m sure he can explain that to the dead immigrants and SA victims in the morgue.
If I pretend that everything is well here in Nigeria, I will be lying to myself and I’m not so good at that. Just a few days ago, our own governorship aspirant in Lagos initiated a move that led to reactions from the royal father of Lagos and a counter reaction from my Igbo brothers, it all happened in the most cosmopolitan city in the whole of West Africa and perhaps the whole of Africa, and the reactions revealed the very obvious tribal lines that continues to divide Nigeria. I won’t pretend because I can’t pretend, Africa is divided but it is just sad that instead of respecting our differences and understand them, we eschew tolerance and grab guns and grenades without provocation. How do you “de-tribablize” or “de-ethnocize” our people, especially the ones in SA? Do we still have to blame the brutality of apartheid for this barbaric lynching of our brothers in the name of xenophobia? Even if we do and we hold it responsible for the barbaric nature of the average grown up South African (assumed), how did this 12/13year old boy learn the chaotic violent tendencies I saw him perpetrate in this video when he wasn’t even alive when Mandela was President, he must have been taught. Africa is not united yet, even Nigeria is still divided and until we learn you unity, let us be atleast modern enough to peacefully chase our brothers away without spilling their bloods. Even animals deserve a better death than being burnt alive just because we are not South Africans.
I think I’m suffering from Xenophobia but not the SA kind of xenophobia and I will start the expression from my MTN line. I won’t have nothing to do with DSTV after this last subscription even if I have to miss my favourite EPL Arsenal​ matches and no matter how cheap the beers go in Shoprite, I will stick with my shop perfect and do things only the Nigerian way. I will follow peace with all in the process but believe me, no matter what happens, I am disconnecting myself from anything that has to do with South Africa, the only thing I want from her is peace so I will ensure that my disconnect is a peaceful one. This will definitely affect even Nigeria, but a boycott to warn the country as an entity by the people and not the government will go a long way to pass the message.

Don’t call my MTN line if you have it, I have a Glo line that is proudly Nigerian, perhaps to retain the integrity of my mobile identity, I’m porting this MTN line to Etisalat Nigeria​, they’ve been supporting literary works and that’s another reason for me to port beyond my xenophobia. My xenophobia is not born out of hate but correctional, it is out of the need to follow peace with all men, an attempt to avoid that which only takes away from me and still bite at my sincerity in all. It’s no longer a symbiotic relationship and it must end before it ends me and the ones I love in the name of tolerance, love and co-existence.
I love SA just the way I love the USA, but I won’t let the love I have for my dear African brothers hurt and maim me while I hold tight has life is snuffed out of you and me. The only thing I want from the SA I love is for her to spare the brothers and sisters we share with the Nigerian, Ghanian, Congolese, Malian, Kenyan, Ethopian… and other African identity within her walls until they can leave her turf and let her live in isolation in her world. The value they created Zuma and their xenophobic king should be back, value has been created so it must be exchanged for same so they can leave and continue their own lives. All I beg for is for her to let my Nina​ and her loved ones come home in one piece and in peace of mind, I don’t want to shed no tears, neither do I pray for teary lonely years filled with the thoughts of the ones I love that were lost to the inhuman identity of the South Africans.
I remember that Africa and Nigeria for one once fed, clothed and stood by SA during apartheid, Nigerians died to free SA and Nigeria even placed sanctions on European and American Countries that supported apartheid so it’s interesting to see South Africa repay Africa in such good measures. This is not the first time this is happening in South Africa and it won’t be the last. I’m not asking anyone to join me in my xenophobic boycott, I’m acting alone for the rest of Africa, North West, East or South. I love Africa and I hope that someday soon, we will see ourselves as brothers beyond tribes, ethnic group, regions or colour. I’m black and super excited about it, I am human and that’s the ultimate for me…being human in all its form.
I’m Abidemi Babaolowo Oderinlo
I Write What I Like
Continue reading