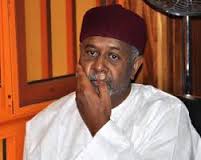 Diary of A Crazy Doctor

This Rambo Dasuki mess up, e mess up big time… Shebi dem talk say him be Army Colonel? Abi no be am again? Wey e just dey cast people name dey go! Ahn, ahn. Di guy just dey disgrace soldiers. Abi dem torture am? Even if dem torture am sef, no be soldier him be? E mean say if for say Militants catch am for the time wey him be National Security Adviser, him for just dey cast all our national secrets dey go?

Abeg if you dey Kirikiri dey read dis, anytime dem carry di guy come, make you slap am, I go send you credit. Which kain nonsense be dis man? Me sef wey I go ajebutter school, I no dey cast. Abi he no sabi to form deaf and dumb?

It was one Friday afternoon back in school… No be say dem no give us food for dining hall, dem give us. But then, it must have been Kelechi who must have reasoned that it was a perfect afternoon to have a meal of noodles. I am confident I wasn’t capable of such ideas by myself alone. We had to cook it by the only means available to us then, using the portable water heater known widely as the boiling ring. We got it from the usual source, and a suitable plastic container from another person. The noodles and the water were definitely ours (Note that I have not named any third parties).
Now, it must have been Kelechi’s decision to have me go cook it, while he was supposed to keep watch for any potential trouble. This was because we had to cook it in the classroom nearest the student’s hostel. Whether it was a fault or it was by design, the sockets in most dormitories didn’t work. Perhaps, it was also by design that the classrooms had only one entrance/exit, the more reason I needed someone to keep watch, for someone only needed to arrive at the door unnoticed for me to be caught. Someone should please remind me to donate doors to my alma-mater, for the sake of innocent young boys who may end up being trapped in their classrooms, what if a fire was to break out while they are cooking?

I had only just arrived and was trying to sort out the utensils and plug the boiling ring, Kelechi probably hadn’t even resumed sentry duties and my mother must have been praying at home, because I just decided to give the corridor a quick look before I switched on the heater. My mother must have just said her “Amen” as “Malam Saidu” appeared at the open end of the blind-ending corridor. There was no time to wait for her(my mother) to say ‘Grace’, I had to jump through the railings to the open lawn. Apparently wondering what I was up to, Mallam Saidu called after me, I remembered Lot’s wife from Sunday school and hurried on, knowing that I had to disappear quickly as well, before I could be recognized. I later watched from a safe distance as Mallam Saidu went to the classroom and confiscated everything, even the spices.

Kelechi was nowhere to be found! But I still considered myself victorious. Malam Saidu was uniquely left-handed; the quality of his caning was second to none. I was about 5ft 10in at the time, and he was still much taller, his slaps could make you deny your last name. In fact the only reason I will overlook this Dasuki’s singing, is if the DSS brought Malam Saidu to slap him. I made a note to avoid him for a few days until 8 days later, when he apprehended me for an entirely different offence, that’s another story. This time, Kelechi was with me, and he simply asked us to come see him later in the evening. When we did, we assured him that we were first offenders and that he had no reason to give us more than a reprimand. I thought he’d let us go when he suddenly added, that I should “come and collect my boiling ring in his office”. “Ehn?” I replied, he repeated himself and added that he had seized my boiling ring a week before. “I don’t have a boiling ring, Sir”, and in fact, I was telling the truth, for it actually belonged to Wole Faj. He was visibly confused and angry, I was about to swear on my grandfather’s beard but he got even more angry at the look of surprise on my face.
He threatened; I held my ground and decided it was unwise to add that a few boys looked like me in school but then, I remember I was wearing the very same clothes I wore a week earlier. He promised to get me when he figured it out. I promised myself he would not.

When Wole asked me about his water heater, I asked him if we could go together to Malam Saidu’s office to collect it, he refused. I guess he was lucky he didn’t lend it to a guy named Sambo Dasuki…