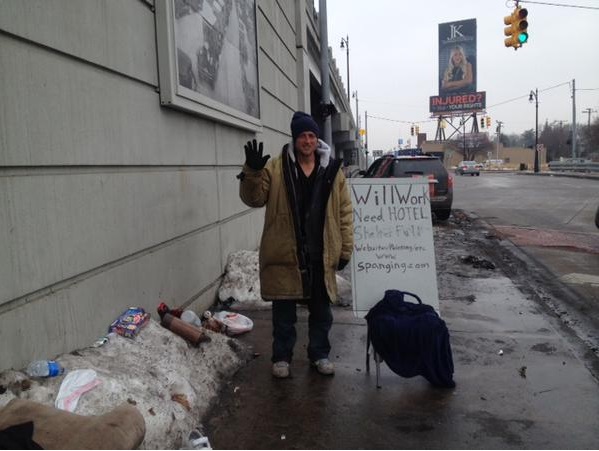 I was caught unawares yesterday when I found the story about a homeless man in America who calls himself a professional homeless man, collects alms with credit cards  and owns a website that he uses for getting menial jobs (especially snow shoveling snow during winter) and collecting alms as well. What caught me unawares was not the fact that he was collecting credit cards (that only attracted me and made the Techy me wonder how he’s doing it), he built the website by himself, he uses Square and accepts Visa, Mastercard and American Express and the crust of the information on the site is 90% about how to help other homeless people make money. Not once did he talk of getting anything free, he was more interested in working than getting free money, his online payment platform even allows donors to take back their money just in case they change their mind, and not once did he blame God for his predicament. Even when locked outside by life, he took responsibility and even made sure his model out of being homeless is powered by the desire to help others, not an excuse to be a nuisance. He’s even building an app to connect all homeless and help them have a database and find jobs, I  see him becoming a millionaire in two years straight from being homelss. His name his ‘Honest Abe’, Google for fleshy gist or hit his website from here… >>> “Honest Abe Website” .