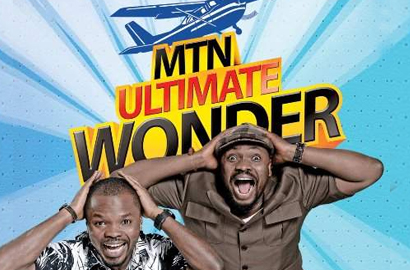 I know we all remember the MTN Ultimate Wonder Promo! Yes the one that they claimed the winner won an aeroplane! Yes! That particular one… Well it all appears to be a fraud because if MTN short-changed the winner of just N2million during the same promo, how would they have honoured the money price for the winner of the Cessna 182T aircraft, Ebube Essien-Garricks who purportedly emerged winner and opted for N64million cash? If they gave the winner of N2million just N150k, I’ll assume they gave Ebube N4m out of the N64m (assumption) because I might be wrong.

The Yorubas will say “Bi iro ba lo fun ogun odun, ojo kan soso ni otito ma ba” i.e. if lies embark on a journey for 20 years, it will take the truth just a day to catch up… In the case of MTN, it only took 4 years for the truth to catch up. Here’s the juice of the gist according to the Consumer Protection Commission who stood up and ensured that MTN fully honoured the prize won by one of their customers during the promo.

According to Omeje, he participated in the promo and was called that he had won N2million in the Ultimate Wonder Promo and was also invited to the presentation ceremony, which was done on October 19, 2012 at the Nicon Luxury Hotel, Abuja.
The complainant asserted that during the said ceremony, he was presented with a dummy cheque of N2million with his name on it, interviewed and paraded before the media and the world as a winner of the said amount.
He recounted further that he was stunned to receive another call from MTN line 180 few days after the much publicised dummy presentation ceremony that his winning was N150,000 and was thereafter given a Verve ATM card for that amount.
MTN, in its response to the Council’s intervention, denied the claim of Omeje, saying that he was informed from the beginning of its communication with Omeje that his winning was N150,000 and that the complainant deceitfully presented himself when winners in the N2million category were called forward on the day of the prize presentation.
The company stated further that Omeje’s antics were discovered at the verification of winners, which was done after the ceremony and he was thereafter contacted on his misrepresentation, over which, MTN said, Omeje apologised.
In order to determine the claim of the telecommunication firm, CPC demanded for the call data of the communications between MTN and the complainant, particularly the one that informed him of his winnings of N150,000, but MTN failed to comply with the request made both in 2013 and  2016.
In view of the refusal of the telecommunication firm to honour its request for the call data records, the Council declared that “in the absence of this material evidence which is solely in the possession of the respondent, the CPC must resolve the issue in favour of the complainant”, directing MTN to within 14 days pay N1,850,000 “being the unpaid part of the two million Naira prize won by the complainant in the 2012 MTN Ultimate Wonder Promotion”.
Following an Order of the Consumer Protection Council (CPC), directing MTN Nigeria Communications Limited to, within 14 days, pay a complainant, Mr. Omeje Chukwuma Fidelis N1,850,000, being the balance of his winning in the promotion held in 2012, the telecommunication giant has effected the payment to the aggrieved consumer.
MTN, in compliance with the CPC’s Order, raised a United Bank of Africa’s draft in the said sum in favour of the complainant on Thursday, February 11, 2016, barely 24 hours after its receipt of the agency’s Order.
Omeje, in a telephone conversation, confirmed to CPC his receipt of the amount, disclosing that he received the cheque for the balance of his N2 million prize on Monday, February 15, 2016.
CPC is also in receipt of a settlement agreement made to that effect between Omeje, MTN and its event manager for the Ultimate Wonder Promo prize presentation, Towncriers Limited, authorising the event manager to “issue a bank draft in the sum of N1,850,000:00 (one million, eight hundred and fifty Naira only) in full and final satisfaction of the CPC’s Order and all claims to the complainant”.
According to the agreement, MTN’s decision to pay the complainant was “in consideration of the Order of the CPC and MTN’s wariness with the negative reputational implications of the complainant’s claims”.
The Council said it gave the Order to the telecommunication firm because of lack of due diligence it displayed in the verification of the winners of the N2 million category of the sales promotion.
CPC’s order came on the heels of a complaint brought by Mr. Omeje Chukwuma Fidelis against the telecommunications giant that he had been underpaid after he was declared winner of N2million in the said sales promotion.
Reacting to the development, CPC’s Director General, Mrs. Dupe Atoki, while welcoming the prompt compliance by MTN, said this underscores the supremacy of the consumer in the market-place, charging businesses to “exhibit best practices that will engender value for money for consumers”.

I’m sure from this we can dot the “i” and cross the “t” inside there seems to be very few required in connecting the truth about the ‘Ultimate Wonder’.