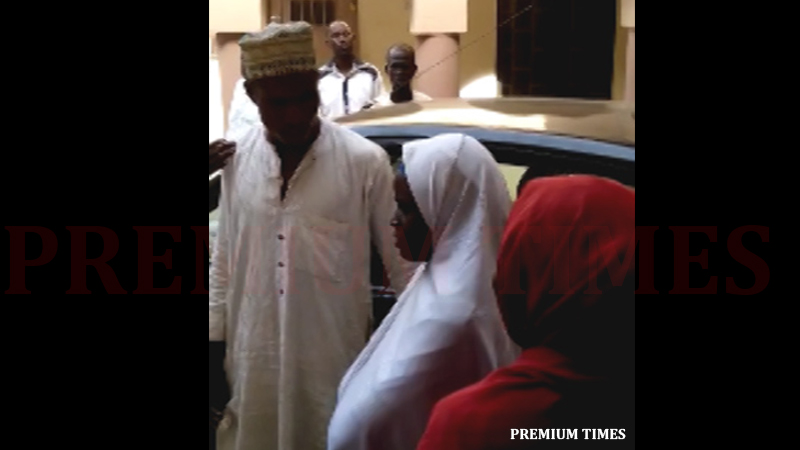 The Crazy Doctor ain’t chilling on this one, he’s raging and here’s how he did it. He broke down everything from the back all the way forward, I can’t help but agree with the truth he shared, I hope you don’t feel thesame way about this..

Commenting on religious matters is such a delicate issue, you have so little space to maneuver your argument. Perhaps, this is because religion itself is often bipolar and there is little room for ambiguity.

We all know the extremists, those who hold views till they are irrational, who believe everyone else not doing so is wrong, and who will stop at nothing to ensure that entire society sees it their way. And we have come to understand that these extremists are often victims of the vicious cycle of poverty or some other social ill.

Extremism can be remedied, this in Nigeria, by tackling poverty, youth empowerment, education and social development, among other measures.

It is a different case entirely for ‘moderates’.The ‘moderate’ is often educated and considered enlightened or perhaps, to put it best mis-enlightened.

For instance, how can you possibly explain that in our time and place, not a few young Nigerians will accompany a Pastor on birthday celebration to Dubai, and for extra measure, one with a huge moral question mark hanging perpetually above his head? My comment is not about the economic rationality of the trip, but the fact that the moral standard of these ‘moderates’ allow them to remain silent, and not only that, continue to associate with such a character.

The religious ‘moderate’ is the one who continues to be ‘politically correct’. When the subject is thrashing Goodluck Jonathan or Donald Trump or ‘Lie'(pun intended) Mohammed, whichever one is trending, they are spot-on, and unambiguous. Whenever, it concerns their religion or their pastor (whichever one they hold in higher esteem), they become ‘diplomatic’, and out-rightly non-committal, no matter how immoral the subject is. It is on matters that concern them the most that they are lukewarm. This irrationality is the scourge of ‘moderates’..

Being of the view that religion, like sexuality, is a personal matter, I understand that not all things can be classified black and white, but how on earth can the kidnap and sexual exploitation of a thirteen year old be a case for discussion?
What is there to be debated?
What is there to go to a Sharia council about?
What is contentious about the serial rape of a child that it will take a religious leader to arbitrate?
Are they mad?
Can a thirteen-year old have a religion?

Of all the personalities named in this matter, none other than Alhaji Muhammadu Sanusi II, Emir of Kano, should bear the moral responsibility for what has become a national shame. That resolution came after I read the statement he released yesterday. The Emir while speaking: “It is un-islamic for someone to marry a lady without guidance. The abduction of Ese by my subject to Kano is bad because it will cause disunity among my people”.

He had also said “I ordered her repatriation since September 2015 through the office of the Assistant Inspector General of Police in charge of Zone 1”.

I struggle to contemplate whether Sanusi II, a man of no ordinary learning, could not fathom the gravity of the crime he now acknowledges to have witnessed. Perhaps he did not. Of all the ramifications he considered for this, it was the ‘disunity of his people’ that he apparently entertained as paramount. What about the life of the child that has now being deliberately and violently disrupted?

I am not sure about the chain of command in the police, but there is no Emir of Police, so if the AIG was waiting for the Emir’s directives for the girl to be returned to her parents, the AIG needs to be sacked.

Another question continues begging while reading the Emir’s statement, if indeed he is in a position to ‘order’ the AIG why didn’t he order the arrest and prosecution of the boy?

Sanusi II’s statement is not only insufficient, but self-indicting as well. It shows, that despite his level of learning, exposure, and noble background, he fails to understand the problems of ‘his people’.
The North, where Kano is, is generally home to the poorest people in the country. This poverty continues to be reinforced by early/child marriages (I gather the culprit is only 17 years old!), consequent lack of/low level of education, health problems (vesico-vaginal fistula, malnutrition, disease), unwanted pregnancy/children (almajiri), homelessness among other problems that perpetuate the cycle of poverty. Needless to say, this also ensures that religious extremists will continue to have a pool of vulnerable people to exploit as tools to destabilise society.

The abduction of a 13 year old girl is not a case for moderation, it is not a religious matter. It is a crime. I expected Alhaji Muhammadu Sanusi II to have taken the moral high ground on this issue, the same way he stood not too long ago, as Mallam Sanusi Lamido, erstwhile CBN Governor, when he challenged the government (he was part of) for financial malfeasance, unless he was only grandstanding.

Nigeria needs less ‘moderates’ in matters like these, we need people who speak out, who are not afraid to take a stand. Bless you Gloria

P.S: Be aware that ‘moderate’ commenters may be unfriended/blocked