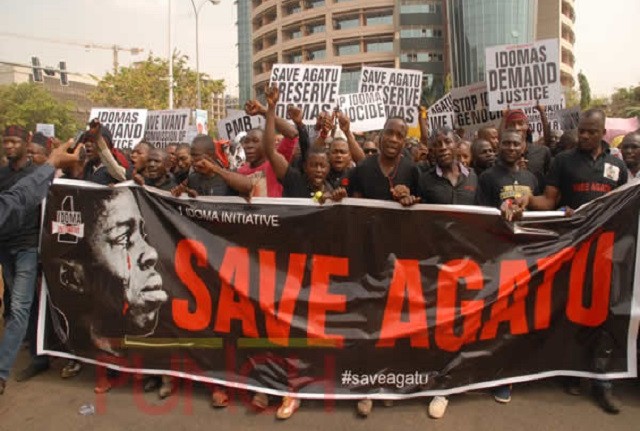 Mr. President, Your Silence Is Not Golden

At about 4:30am, some Fulani Cattle Rearers invaded an Agatu community, a peaceful community in Benue State. These Fulanis did not come for a Town Hall Meeting, they came to kill, main and to destroy. And truth to their words, they killed males and females, butchered children and even animals alike, and to put an icing on a cake, they destroyed and burnt buildings! All these happened within 2 hours.

By 7am, what is left of that community are ruins; cries of pains, agonies on the faces of survivors, the females who cannot withstand the gory sight fainted, the males who claimed to be strong never knew when they started crying; the sounds of birds can be heard from afar as deafening silence embraced the whole community.

By the time the mainstream media will publish a bit of what happened, the living have buried their dead and wrapped themselves in perpetual clothes of agony. The leaders representing them cried openly and demanded for justice, just as the blood of the dead are not only crying to God for justice, but also to the President for justice.

But justice itself is crying in Nigeria, justice itself is sick, in fact, justice itself need justice. The media team to the President who are very vibrant to attack any negative comments thrown at the President suddenly became deaf and dumb, the leaders of the ruling party looked the other way since it did not happened to Falaye or Okorocha, neither does it affect Osibajo or Tinubu. The opposition party converted the situation to political campaigns since it did not happened to Fayose or Wike. The mainstream media did the “Udi” style by not giving the incident the coverage it deserve, the case of Yinusa and Jumoke the bread seller garnered more coverage than the massacre of the Agatus in Benue State.

The biggest culprit is the President, Mohammadu Buhari. Till yesterday, he still kept quiet concerning the massacre, and the only “body language” was the 3 packs of noodles and 2 bags of Ofada rice sent to the families of the bereaved. In other word, the lives of Nigerians are worth a plate of “mama put”.

One thing that is sure, no matter how highly placed, we are all sands and foods for maggots. Mr. President, your silence on the Massacre of the Agatus is not golden!