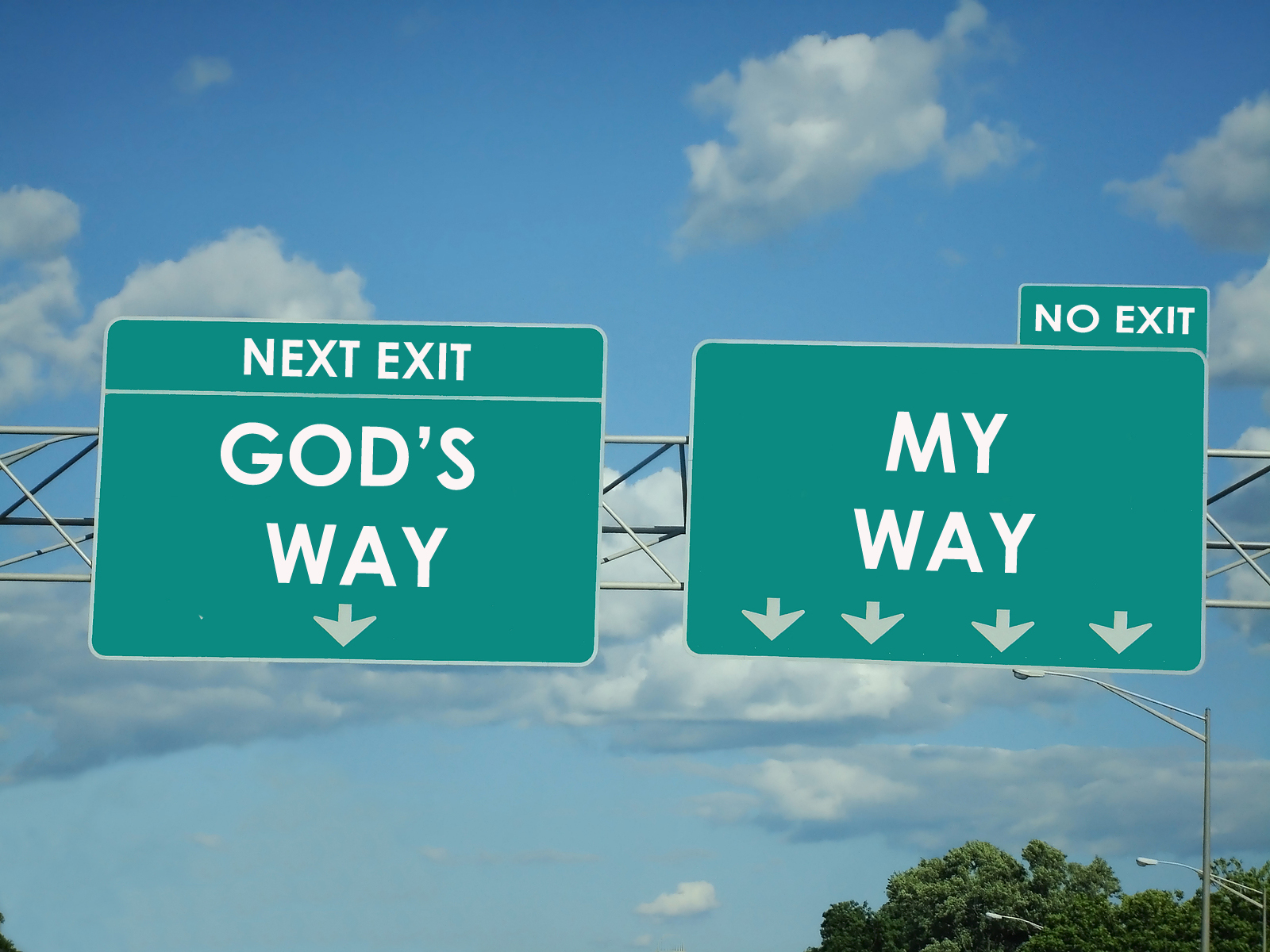 The Business of God

Have you ever read the KBV Bible before? Well if your answer is NO! Today is our lucky day. You’re not lucky just because you are reading a very local version, it is more because you are about to read, see and experience the true perspective of the gospel of Christ as against what your pastors and teachers have taught instead of what the bible and Christ really preached.

Jesus did not come to this world because of saints. If we were saints already, there wouldn’t have been a reason for him to die, and this is the same for his gospel, it is not meant for those that have been saved already, not designed to be restricted to the walls of a church, it is meant to be taken on a tour from coast to coast like a dope rap album that speaks to the institutions that are raised to keep men as slaves forever. Sadly, the truth of God’s word has been institutionalized and made into a set of rules, optimized and redefined to identify saints and sinners instead of making all men saints and righteous through faith.

As recorded in the scriptures by the scribes of old, the first time Jesus was found teaching in the bible was when he was twelve and he wasn’t preaching on the pulpit, he was actually teaching the preachers, the pastors, the prophets and evangelists aka Pharisees, Sadducees and Scribes. The other time was when he he just came back from the wilderness and “he taught them as one who had authority, not as the teacher of the law” according to brother Mark (Mk 1:21-22), he didn’t go back to the temple to become a senior pastor, and there was no prophet offering collected in his name so he could give that prophetic utterance. The last time recorded, he went in with full force to whoop the asses of those carrying out illegal trades in the temple, yes the one he referred to as his father’s house, where he started his father’s work (preaching) at age 12. The beauty of it all is that although the temple has been relocated to the heart of men, the father’s work has remained the same, and Jesus himself instructed us in simple English, no parables (without any screwed up spiritual interpretation) on how to get it done.

Let me take you where to find what and how to do it in your bible, just go along with me as you follow in here in the KBV series.

Then the eleven disciples went to Galilee, to the mountain where Jesus had told them to go. When they saw him, they worshiped him; but some doubted (because it is normal, people will always doubt). Then Jesus came to them and said, “All authority in heaven and on earth has been given to me ( as in all in totality). Therefore go and make disciples of all nations (not slaves), baptizing them in the name of the Father and of the Son and of the Holy Spirit, and teaching them to obey everything I have commanded you (the way I have commanded you and not your own interpretation of it). And surely I am with you always, to the very end of the age.”

How To Do It

When Jesus had called the Twelve together, he gave them power and authority to drive out all demons and to cure diseases (the power and authority to do miracles and not magic), and he sent them out to proclaim the kingdom of God (which is the gospel of Christ and not stories about heaven and the pearly gates) and to heal the sick. He told them: “Take NOTHING for the journey(set out to preach the Gospel of Christ empty) no staff, no bag, no bread, no money, no extra shirt. Whatever house you enter (not hotel) stay there until you leave that town. If people do not welcome you, leave their town and shake the dust off your feet as a testimony against them (don’t force the gospel on anybody or set up loud speakers to force to hear you by force. You are not the headquarters so don’t set up branches that remits tithe and offering to the HQ. It’s about the gospel and not money).

So they set out and went from village to village, proclaiming the good news and healing people everywhere (without setting up denominations or branches).

Now Herod the tetrarch heard about all that was going on (from the testimony on people’s mount about Christ and not the disciples because they preached about everything about Jesus and nothing about there own identity). And he was perplexed because some were saying that John had been raised from the dead, others that Elijah had appeared, and still others that one of the prophets of long ago had come back to life (no mention of any of the disciples because they preached one message about God’s kingdom and Christ the King, not dogmas). But Herod said, “I beheaded John. Who, then, is this I hear such things about?” And he tried to see him. “

If you noticed in this verses… According to the testimonies of those that came in contact with the apostles aka disciples aka pastors of old, what they heard from them had everything to do with Christ and nothing to do with them. They preached and did exactly what Christ instructed. They didn’t go in business class or give the gospel a business identity to gather followers, they raised apostles and left them with testimonies that went round and round and got to the Kings.

If we are to follow this instructions and follow it to the letter according to the KBV of the bible:
1. The will be no churches or denomination or a religion called Christianity but rather Christians living according to the gospel of Christ
2. There will be no structures tagged house of God since even pastors are instructed to be nomads, going on foot and living on the benevolence of converts
3. The gospel will not be monetized with the buildings turned to financial houses under the guise of a place of worship
4. Crusades and concerts will not be required because the words of the testimonies will rise up even to the hear of the kings who are alienated from the people to the level that they will seek Christ
5. Pastors will not gather people to themselves, but rather raise disciples and not followers that will keep the charge of Christ beyond buildings and borders.

Jesus Christ had twelve disciples and He sent all of them out to preach from door to door, town to town until nations speaks of the kingdom of God. He never held a crusade, he never gathered the multitude, in fact each time the multitude came to him, he either left them or dispersed them. He spoke mostly in parables when the multitude were gathered but explained the parables either to those that asked for the meaning or just his disciples alone. He kept his circle closed and shared the core message of his work within this circle so that the message his communicated undiluted and unadulterated. His disciples were people he chose and everytime someone else tried to fit in, he commanded them to leave and go share their testimonies so that news of the Kingdom of God can be propagated. To confirm that his business is not in a building and not for the saved, the veil of the physical temple was torn the day he paid the price for our lives and afterwards, the physical temple was destroyed. His Gospel was moved all over the earth on foot, without luxury and the pastors of old (apostles & disciples), were simplest of men living the moderate and normal life and not at the expense of any man. Reverse is the case today and even the gospel is ignored and the preachers are the subject of every string of evangelism today😳.

The gospel is no longer taken to the world but instead, the temples are being rebuilt and the gospel is taken to a spot where the world is expected to come find it. This temples of Baal are given names from the bible and they are used in dividing the body of Christ along religious and denominational lines, defined by dogmas and the identity of the man in charge of the levies gathered from all those who unknowingly come to seek the face of God in this temples. These gods of men operate the buildings as the church and not the people of God, the real body of Christ. The building is Christened holy and the vessels of the dogmatic activities tagged sacred. The people are thrown into virtual slavery and milked to their marrow in the name of Christ, thrown in perpetual servitude in the disguise of religion and holiness while those who are either wise enough to spot their snare or not yet in their net are classified infidels, unfit to experience the grace of God that they now offer for a fee.

The preacher that is suppose to go and squat on the mission to preach flies a private jet and lands in Burj Al Arab with a bag full of monies for luxury on a journey to preach the Gospel. The kingdom of God they preach is the mansion in heaven and nothing about the works of salvation that Christ did worked for all men saints and sinners. The gospel is preached behind closed doors in a place accessible by those that claim to already believe, and those supposedly out in the dark, waiting to encounter the goodnews are denied because they probably won’t immediately grasp the next line that has nothing to do with Christ but everything to do with the laws of Moses defining tithes and offerings. The gospel is ignored and the hustle is given a full embrace, even though it is 100% the opposite of that Christ commanded. Man shall not live by bread alone, Nutella is needed and that can only be arraigned by fine-tuning the commandment of Christ a little.

The beautiful thing about the commandment of Christ is that it’s not a parable. I’m no saint at all, I am that sinner made righteous by the life and death of Christ at Calvary. I believe that humility being the basis of the charge of Christ on our journey to deliver the gospel is no mistake and the essence of his work of salvation is not to make the Pope popular or make Adeboye and Copeland rich and influential, It is about bringing sinners to God, about bringing these gems religion define as sinners and infidels into the body of Christ.