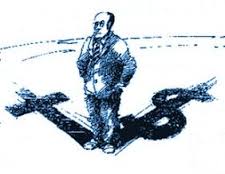 The hard-hearty cognitive defense and response system religion has instilled in people is surprising sometimes… I find it hard to believe when you see people doing exactly opposite of what the books of the religion and God they believe in teaches, while they stick so vehemently with the wrong teachings of the so-called men and women of God that teach them this opposing doctrines that is against what is inside their scriptures.
If you want to do tithe at all, why don’t you do it as it is defined in Deut 14:22… “Eat your tithe before the Lord your God so that you fear him”, “remember the widow, fatherless and Levites in your city” (there’s no Levite in Nigeria) and stop submitting it so crooked niggas getting fat on your misery and stop defending your foolishness with ideology.
I say alot of things and I feel no remorse the way I say it because I speak the truth about the truth 100% and I make sure I show the people the truth the way it is from those books they hold like souvenirs without reading it.
If the book in your hand says you are free from the law and a man called “a pastor” comes to you and say, we must still stick with the law of Moses and you do it, then you are a FOOL.
If then decide to practice the law and the law says “EAT YOUR TITHE BEFORE THE LORD SO THAT YOU CAN SHOW YOU FEAR HIM” and the same pastors says no “BRING YOUR TITHE TO ME” and he tells you he wants to use it to do the work of the God that he has made you to disobey according to that law, then you are a BIGGER FOOL.
If a man that is from Iragbiji in Osun state is claiming to be a Levite when neither Jesus nor his apostles who were Jewish and Israelis were NOT even eligible to be levites or collect tithe and you believe him, and foolishly dumping the seeds that you are suppose to sow on his laps, hoping that some mysterious god that already told you to sow where you can harvest will bless your stupidity, you are On Your Own
Of all the 611+ laws of Moses, if the only one your pastor talks about every Sunday is tithe, and you think he’s teaching you the truth of God’s word, you need your brain CHECKED.
If the first thing God told man to observe is “SABBATH” and your pastor is not worried about ignoring this command because the bible says you can worship God anytime, but the Bible says Jesus has covered the law but he insists you must go back to the law of Moses, especially the part where money is involved, then you need more than a shrink.
Being foolish in pure ignorance is not a crime, but resisting the truth and acting in denial when the truth comes knocking is the absolute foolishness. I choose not to judge you, but the truth must be told and I’m sorry you are the only that can tell yourself the truth. Mine is just to show you where it lies.
On a more serious note, I am also a Levite and I need more money than an orphanage for my movie project. A tithe of what you pay as tithe will do the trick for me… my immediate target is 2M..
I’m Abidemi Babaolowo Oderinlo
#IWriteWhatILike
Religion