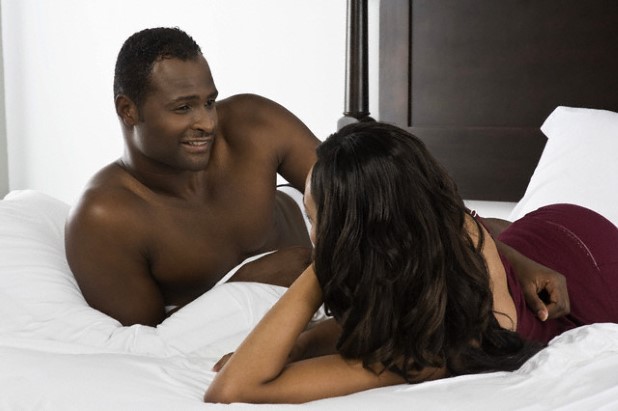 In the over three decades that I’ve lived in this world (I’m less 40, I’m just 21 so I’m young) and with like 17 years of sexual/sensual consciousness of girls, ladies, women and females in general, I’ve come to realize that women don’t ever want the truth as much as they demand it, they just want to fall for the lies, find out the truth and mourn it later. Loving the truth 100% usually comes much later and not in the process. I remember getting those vibes as a young man in the early 90s, if those primary school romance will count, we can as well say I have like 27yrs experience in the business. Oh! I forgot I am just 21… let’s just skip the primary school part already, I still have a footballing career to pursue.

I remember the very first and probably the only time I actually tried toasting a girl as a young man (Yes! We toast the girls in Nigeria and we don’t need toasting machines), it was at my sweet sister Tomato Kolawole wedding (I can’t remember the year) and the damsel’s name was Sumbo Ojikutu (I’m sure she remembers her) I think I actually succeeded because we went from just “hi” on the day of the engagement to actually talking into the night and we continued after the wedding at the reception before her mum picked them up and it was goodbyes. I saw her just once after that day in the part of Ipaja we call Gowon Estate and never again (mobile phones weren’t really mobile back then). I can’t guarantee I’ll remember her face now (although I will) but I’m sure I’ll still remember her voice, that was the first attraction and her name was the icing on the cake. I developed a very strong weakness for the name “Sumbo”, it all started from my primary school romance engineered by teachers as a result of pairing we smarter pupils together, a story for another day (I told you I have experience in this business). I can’t remember the things we talked about but I am sure I was naive enough to lie about nothing and she liked every minute of it (the rare specie).

As a wordsmith, I can easily move between the truth, fiction and lies in just a sentence but being a good bad guy that loves sticking with the truth when it comes to women affairs, I’m always left with the very interesting option of being stuck and alone with the truth all the time, even when the Bible clearly said it in the very first chapters of Genesis that “it is not good for man to be alone”, my ability to keep it true, funny and simple leaves me with counting on one hand, apparently being a bad guy is not good enough for the ladies, they just want the lies to go with it.

I remember sometimes in the years gone by, a female friend that loved me so much came to me and asked “Babaolowo Omo Iya Toyin” my antenna was up at the mention of Iya Toyin (head swelling) but by the time she continued with “why don’t you just lie to me sometimes, I will know it is a lie in the end and will get angry, just sha lie to me and make me feel good even if I’ll feel bad later, I’ll know I asked for it…,” I was shocked and was forced to ask “why will you want me to lie to you when I’m not even trying to woo you?” and she goes “if you can’t lie to me that I’m even your friend, how will you be able to lie to who you want to woo? Bro! You might end up dying single oh! If you don’t lie to a girl, she won’t take you serious oh! My case is different sha, I’m your friend” and she went on and on and on. I didn’t take her serious then because I knew she preferred me telling her the truth all the time, what I didn’t realize is that she like every other intelligent woman out there really want to hear the truth just half the time, and for the larger percentage that are even less intelligent, they want the lies almost all the time, they just want the pain of lies and deceit and the sour sweet feeling that comes with it (so they said, I’ve never tasted it). The reality of that is that I’m still single but I’m not dying anytime soon, I have a pact with life to live forever and I’m really considering the making the ladies and gentle girls enjoy my stay half the time.

Women claim they want to hear the truth but that in itself is a lie from the pit of River Benue (that is not as deep as hell). The phrase “treat her like a lady” simply means “lie to her even if you don’t need to just to keep her blooming like the lillies”, it is an assumed natural requirement needed to make a lady feel loved and appreciated and only a very rare species of females prefer the truth 100% of the time. I’ve done a long and tasking research on this and discovered that this special rare specie are just one in every 1000 females and they are hardly found in churches, mosque or religious places and even when you do, you discovered that their business is with God and not religion, pastor or Imam and usually; they are there because they want to and not because it’s a norm. I won’t tell you guys where I found the truth seekers the most, it’s my little secret from years of research, I don’t want you to abuse it in search of this rare specie but they are not any, or one of those parading themselves as feminists without even knowing that feminism only demands equity and not gender replacement.

Although I have chosen to live the lie-less kinda life that leads to extreme solitude and zero achievement in the pleasure department, especially with profound regards to emotional complications and sexual pleasures (with strong hegemony by a moral compass that depletes your capacity to purchase pleasure even when it is affordable), I have decided to reach a compromise and become a ladies man. I will be only telling the truth half the time so you’ll still be hearing a lot of truth about almost everything and the other half will be filled with fiction (50%) and unverified facts (50%), creating a balance that ensures that no lies get involved in it. The good thing is that I’m being truthful here and if anyone should ever accuse me of cooking up a story to have my way, I can always refer to this essay here.

There are chances I might record a few failures in this my new quest, I am however sure that with my newly acquired unrefined finesse, I will also record a heavy load of success and I hope it will not encroach beyond the limit of my capacity as a very good bad guy. Pray along with me as I embark on a journey to “Treat Them Like A Lady!”

PS: If you’ve ever met a lady that says “All men are liars” or more fairly like “Men are liars” without the “all”, and when you ask her what about your father, husband or brothers or sons and she goes ” my brother, husband or dad is a great, cool, trust worthy etc man’ he’s not like other men” even after using “all men”, she’s one of them so please drop a comment. I might be wrong…
I’m Abidemi Babaolowo Oderinlo
#IWriteWhatILike
© ABO