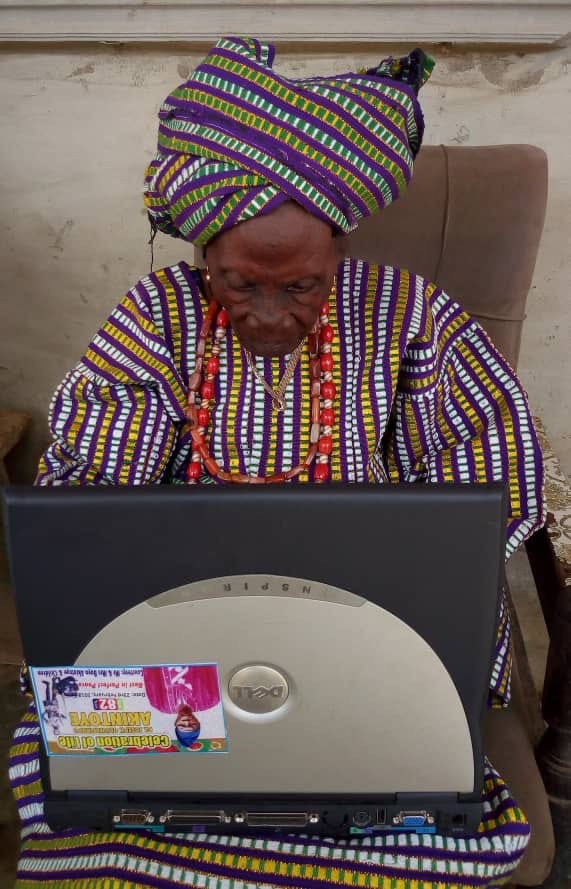 Owning or having a phone in 2001 was luxury, but it wasn’t when compared to having an email account. An email account was more like a global identity but as an Ipaja that was ambitious, I had one when I couldn’t even afford having a one-minute call spill into the next at a call centre because it was billed per-minute, not to now imagine a SIM of my own or phone to match. The internet was as strange as fire to a fish, it was almost non-existent in Nigeria at the beginning of the new millennium but somehow, I’d come in contact with it even earlier than the arrival of GSM in Nigeria and managed to create an email account @Onebox.com just for the feat of it. The years I had spent at home after secondary school had led me into a few things, and my first contact with an email address was through my brother “Oluwatoyin Adewale James Oderinlo”, 1st of his name and the rightful prince to the Iron Throne of Ijako in Egbaland during his University of Ilorin days. He had dropped an email address that we could use to get information across to him when necessary and on time instead of looking for someone that is going to Ilorin or sending a letter from the post office. Yeah! The email address he dropped was Yahoo! but curiosity got me on the “Onebox” and “AOL” route based on “Who I Be”.

I had created email accounts during one of my visits to “Ramsalam Cybercafe” in those years and never even thought of it. The email accounts I created were of no immediate use before then, I was just experimenting when I did and I’d never attached any value to it beyond having an email account. I’d found a way to call Eniola for the first few weeks after we went our separate ways but afterwards, I tried calling her for three straight hours on a particular day that I was supposed to call but couldn’t get through, then the email account became a thing so the following day, I navigated my way to Ramsalam to give sending an email that shoot for the first meaningful time since I signed up for it.

After waiting for a bit, I got a ticket and I’d settled into the plastic chair facing the Cathode Ray Tube in front of me like a King that is about to send a royal decree to his subjects, I struck the keyboard with care as I entered my ticket into the billing software to embrace the 30 glorious minutes I had just paid for with a fortune, waited patiently for Onebox.com to load, typed in my email address and password, only for the page to request for payment information Bla! Bla! Bla! I was a bit confused so I waved the café engineer/attendant to come and see what I was getting, he took a look at the URL and spilled it, “Onebox ti lana na, shi Yahoo! Ko fi send nkan to fe send” (Onebox is now useless, open a Yahoo! Email account and use it to send your mail). I felt betrayed by Onebox, “how could they have allowed me to create email account months ago for free, allow me to give it to Eniola to contact me on it, only for them to turn on me when it mattered most?” I imagined Eniola sending me an email and expecting a reply, not knowing that I no longer had access to the email account and there was no way she could call me. I was left with one option, the show most go on.

I quickly navigated to Yahoo home page and the attendant guided me to where I’ll do the email sign up on Yahoo! and left to attend to someone else. I swung into action like a pro but every email ID I crafted in a bid to keep “ENIOLA” in the ID so that she can recognize that the email is coming from me was hitting a brick wall, the IDs were taken and all the suggestions Yahoo! was giving were with numbers and I wasn’t feeling them. I reached out to the attendant again and the genius just told me to add an “underscore” (_) and combine it with another word and it will fly. I didn’t know what that was so I asked him to show me and he did, I was excited, I could finally recreate the email I gave her already even if it’s going through yahoo to her. I carefully typed “ENIOLA_ONEBOX” in the email ID box, I prayed silently has I clicked the submit button, hoping that nobody would have thought of using it before me and boom, I got the “Congratulations! Your email account has been created” with the natural “Click here to enter your inbox” with a shiny purple button leading the way.

That was well over sixteen freaking years ago! I never had the plan to become a Yahoo! Boy, all I wanted was to reach out to Eniola and to do that, I had to create a Yahoo! email account and inevitably become a Yahoo! Boy. I guess we can blame it partly on love and largely on stupidity but then, it’s been an amazing experience; I have lived and learned a whole lot of things on the Internet. From the very first email I sent to her (which you can read here below), to the times we had chatting on Yahoo! Messenger (now defunct) and becoming better friends, becoming a Yahoo! Boy has been by far one of the most interesting thing I’ve ever done, and interestingly, I have had reasons to create a number of Yahoo! email accounts over the years (official, legal and illegal reasons), but I have managed to maintain the integrity of that email account that made me a Yahoo! Boy. 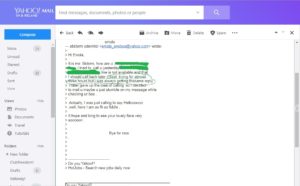 Oh! You thought I was going to tell you some interesting story about how I became a fraudster or professional scammer? Yes, I will tell you interesting stories about that life (not my life) because I ended up managing and running internet cafes and I have interesting stories of “Add-to-cart, Checks and Magas, Wire-wire” with people you probably know in it, but this is about that maiden that led me to Yahoo! Mail. Read her response and you will know the is a totally compound mutual feeling.

“How I Became a Yahoo! Boy” is totally a story about how I created my first yahoo email account and interestingly, I have not seen Eniola ever since the day we parted ways in “Omole Estate Phase I” well over sixteen years ago, but I’ve been in touch and even her husband is my friend 😉