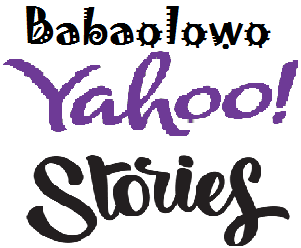 After so many failed attempt attempts to gain admission into UNILAG (even before I wrote that GCE that led to my becoming a Yahoo! Boy), I’d become responsible for myself in so many ways and was already in total consciousness of what it means to be a man. The only thing I probably do at home is wake up in the morning, do my assigned chores, take my bath and get the f**k out of the house, only to return late at night with “Iya Toyin” waiting in the living room to jeremiad (look that up) my lateness until she got tired of it. She graduated from first locking the door so I will knock when I get back, to leaving it open while waiting for me to step in, to waking up to see me asleep and covering me up with some blanket, to just asking “when did you come back last night” the next morning until I left Lagos for Warri in 2003 to re-write the PTI entrance exams that I’d written in Lagos the year before and never got to know what became of it. One thing was constant during those years, Iya Toyin’s love and unending care and Baba Toyin’s reassurance and wisdom… and the fact that they worry too much was one of the reasons I decided I wasn’t ever going to come home to ask for anything again, I just wanted them to stop worrying about me so hard. Sometimes I wondered why they didn’t stop when they had me the 5th child or even before? My conclusion from the analysis was that they liked “worrying” like a hubby but I wasn’t going to be the source of the worry for another minute for as long as we breath; they’ve provided me with a roof already and that was just about enough.

The Internet was strange to a lot of me but I was no longer a stranger to the Internet and my footprint could already be found on search engines like Excite, Web Crawler, Lycos and Inktomi where I usually go to search for things neither me nor my village people had lost on the Internet. I am even sure you can “Ask Jeeves” about me because it was more popular before Google came and become prominent, it was Alta Vista back then, they even gave us “Babel Fish” that did translation plus the option to search for images, videos and audio, they even hosted Yahoo! before Yahoo! later bought them over and I was there all along the way, majorly searching for scholarships, opportunities and a reason to never go home to bother the OGs again. It was a lot of learning that I didn’t know I needed, but it was a whole lot of exposure that led to the birth of this Yahoo! Boy.

In those days, my very irregular routine was simple; I head to the bakery very early in the morning to catch the fresh oven baked “Bogan” aka bread, load up the “Opon” aka crate and do a run of my distribution route to existing as well as do some marketing to potentials customers, return the empty “Opon” to the bakery with the proceed and return home to do whatever chores is left to be done. Once the home-front is clear, the next destination is “Pako” (Saw Mill) aka “Owodunni Plank Market” at Oluwaga for the real hustle of the day, then a return journey to the bakery to join the team in cleaning the baking pans, kneading of dough, cutting into sizes and making inscriptions on your own special bread, loading them on the racks for the leaven to kick in before heading to the Internet café in the evening to surf the internet for anything nd everything and chat with strangers before linking up with either Asurf or Yemi Oloyede, a move that guarantees not getting home before 11pm even when there was going to be “Oro” masquerade that same night. I was a son of the soil “wan kin fi omo’re bore”. I roamed freely and moved easy, a pint of Stout was just enough to make the night near perfect most times, the only worry of the day was making sure the Kemi Ajala (Yetunde Ajala’s aburo), and the Eyinmisan sisters don’t get to see me with the bread crate on their way to “Royal International School” around 7:00am- 8:00am down Baruwa-Candos road when I’m already done with the first business of the day and on my way back to the bakery.

You see the part where I try to prevent the girls can’t from seeing me has nothing to do with what I was doing; I was proud of what I was doing and was doing it religiously and for free but I felt they were too young to suddenly realize the kind of reality I was leaving in already, I was protecting them from what they don’t know already so it was more of a requirement and less an evasion tactics. I’d grown up to be a hopelessly-handsome young man that was the main event, parents pawn their daughters for the position of “Babaolowo’s girlfriend” and it was like every growing girl in Ipaja (fine or ugly, able or disabled) was automatically tagged “Iyawo Babaolowo”. I hated the fact that mama was always doing the obvious even when she knew I find the whole unsolicited association disgusting. As I grew up, I’d consciously developed a defense, a wall that kept me only in the circle of men, my interaction with girls was reduced to academic or intellectual, it was a hard thing to do because girls plenty that year ooh! “na dem dey rush us, na we even dey turn dem down” but I kept at it that way even when it separated me from the only girl I was crushing on. Beyond the wall, I’d however found a way to connect across the world and I was loving it. The internet was my playground, I had discovered the fan website for the RnB boy band B2K www.b2klovesyou.com and the chat room was my escape even though it was active for a very short period of May to December 2001, somehow I’d manage to connect beyond the walls I built and I’d met “Catherine Latoya Laporte” while at it.

Cathy was an interesting young girl from Queens, New York that was so in love with poetry, I was a poet and she was just in love with the things I wrote and how I did it. Every girl has got a crush and for Cathy, it was Omarion and she found a way to chip him into every chat we had until the B2K website tried to separate us when it died. I had imagined that she was gone with the winds, not until I met Eniola and I created that Yahoo! email account and we hooked up Yahoo! Messenger again. I am sure I did the sign of the cross the day I decided to try and find her on Yahoo! Messenger, her ID on B2K was simple because indeed she rocks, all I did was attached @yahoo.com and added her t my messenger and it confirmed there was a human at the other end of the ID because she accepted the request. I was skeptical about dropping any message but atleast “nobody go slap me”, so I dropped a few line that I knew she might be familiar with (if it was her) and the reply was “is that you Abidemi”? I almost danced like David danced.