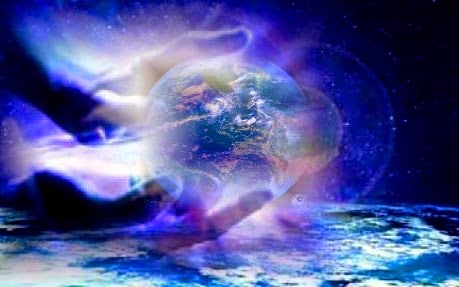 Scientist believe that man originated as a result of evolution from simple organisms some billions of years ago, that evolution started as the needs arises for organisms to adapt to their environments. So man evolved from the stage of simple organisms to the stage of amphibians through to the stage of Homo sapiens sapiens, and along the evolution line brachiating from the reptilian to the amphibian and aves stages. From fossils in record, millions of years ago the homo stage appeared (evolved). Looking at the homo evolutionary history and not forgetting their forebearers the australopithecines, we could infer that taking into account the vivid changes from Homo habilis to the stage of Homo sapiens; “man has indeed evolved (grown). With specific information given about dates from radiocarbon datings and explicit explanations given about its cranial growth, not eliminating his obvious changing physic (i.e. changes in the tooth cups patterning and even his hip joint) ability to stand erect (homo erectal age).
It is my opinion that no account of man’s origin or evolution should be counted as irrelevant or useless as each account almost gives the same explanation except in a different ways.
According to the bible God created man in his own image after his likeness, but it was not stated that man was God’s first creation; in fact man was the last he created and that was after he has made every other thing. First God created light and separated it from darkness thereby initiating seasons, which explains the scientific opinion about changes in the atmosphere, then the combinations of different atoms to form life on the sea(in water) the bible also says that God created sea animals and plants and all this existed before man came into being. Now considering these two accounts we can draw inferences that will make us understand that one account is just a better explanation of the other. In the beginning both accounts being considered agree that the earth was without form and void (misty and dark), and that there was a change as a result of which life sprung up on earth. According to the bible, God initiated a change and to the scientist some things happened which caused the change in the earth temperature and made the air spirals to conjure then forming the present different features that the earth possesses i.e. the land, sea, atmosphere and sky. Let there be light, the “Big Bang Theory”.
According to “Genesis chapter one verse six” God made air to separate into two parts, the water below (sea) and those above (sky). Due to the changes of atmospheric conditions of the earth the scientist believe that at a certain time it became conducive for atoms to combine and form life and thus the stages of evolution is explained. The bible also takes this into account and reading through Genesis chapter one it could be explained that God created light the first day, sky the second day, dry land and plants the third day, the forth day sun, moon and stars, fifth day fish and sixth day birds land animals and man, on the seventh day he rested.
Since scientist argue about the time difference and insist that the creation story of seven days could not be, it should be considered that biblically a day to God is like ten thousand years to man and we also know that the biblical account of creation was not recorded history, but a revelation; considering that a day in God sight is equal to ten thousand years to man, therefore we could say that the evolution (creation) of man to seventy thousand years or more and also putting in mind that the number of days from the time of man’s creation to his fall was not stipulated: it could have taken several thousand of years or even more.(The radio carbon dating do not give accurate dates).
The cause of life that the scientists try to explain is God, and the time estimation that the bible does not explain is explained in the scientific datings
By: Oderinlo Olamide (200level Archeology Student UI)
Continue reading