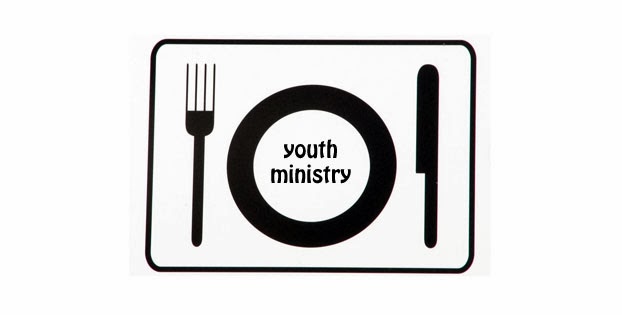 It is indeed very much like the past already entrenched in the present it ills we detest, and I just hope the future holds a better hope for the most populous black nation of the world Nigeria, my very own country, my love and source…a place where I will rise to prominence and again live a life worth living and not what! I am leaving.
After reading so many reactions from right thinking Nigerian youths after the odious action of some “I Never Chop” that have been hide their cloak of insanity under the umbrella of activism (internet and real-life), with claims of representing The “teeming” Nigerian Youths on all fronts, while their real intent is “Abeg! Notice me before time go” i.e. gaining unworthy recognition so that the money can be shared in their direction before they become irrelevant or probably get a good shake of the crumbs falling off the table of the national cake slaughter room be it, Executive or Legislative.
Suddenly I have come respect people like Dayo-Oluwashindara Israel for his diplomatic way of saying no to his invitation to the schemed lunch with the president. Although I hardly know this dude, he as in a way proven that he knows what it takes to lead, when to eat and when to smile from afar, probably from his wealth of experience from dining with leaders already, or probably he drank an elixir of wisdom from God knows where. Obviously, he had already experienced leaders at that level more than the few long-throats that are attending such for the first time (Foolish virgins, no oil in reserve). This does make him standout in a way not make him a coward or less a young leader, somehow he knew the right thing to do and he did it, it’s called Value Definition, a rare phenomenon found only in students of wisdom and not money.
It wasn’t just Israel, or Gbenga Sesan etc alone, quite a lot of intelligent intellectuals that were invited also politely opted out because wisdom spoke to them and they acted in it. A whole lot of well-meaning youths were in attendance as well, people with real hearts, Nigerian youths with wits and value for self. They did attended obviously because they saw it as an opportunity to commit and inspire the partly dysfunctional government of GEJ that from my perspective was ordained by God to productivity and sanity, and as well through participation, challenge the government to listening to the people in its daily dealing with issues concerning the people as much as possible. I laud the effort of the very few with a true heart for who I am, but to the “I never chop” team that are trying to build illicit profiles or aiming for illicit contracts like the lunch itself, let this be your “Last Supper”. This is my cry! Go and represent yourself…and please don’t mention my name because I am #TheNigerianYouth.
Hear these losers! I am the Nigerian youth so please don’t represent me because you don’t know me. I attended schools with Jakande blocks while you did Loyola College etc, I studied where strikes was natural while yours was a jolly ride away from such trends. I grew knowing the street while for you, it was something in the news. I am from the dirty Lagos (like Dagrin), and even if you are not from VI, probably you never felt the dirt and death. 101 or 001 meal per day was my plight, so natural because dinner was all that matters, but to you an afternoon without a plush lunch is suffering. Don’t represent me Amara Nwankpa aka @bubusn because you don’t know me, don’t sympathize with my plight and make money for yourself in my name, I don’t freaking need you representing me, I didn’t give you the mandate and you will never earn it because you have proven that you will grow up to be just like daddy with pot belly, earning votes from morons in the north or stealing votes and the money that belongs to many in the name of democracy.

Don’t even inform me like Feyi Fawehinmi aka @DoubleEph requested in Give Me Sunlight , I don’t need your kind of sunlight, it’s going to be like the scam power projects of Odili so don’t use me as an excuse in climbing the ladder to ill wealth, let things linger, let me fight my course, let the right thinking others “Do The Dew” and watch them grow richer and prosper in everyway…we all know the network situation in Eko Hotel, it happens in Proteas too, common with 3 stars and 5 stars hotels, tell Chude Jideonwo your friend and others that me The Nigerian Youth is strong enough to survive this turrid torrid rain again, he wasn’t chased with a sword like I was chased in Jigawa on 18th of April 2011, neither is he a current beneficiary of the ills and failings of NYSC, “He no sabi anything about the matter”… I can bet he redeployed to Lagos with the help of one of his uncles when the clarion calls were sounded in his season so what gives him the effing right to say a word, I even heard that someone’s uncle is still the youth leader in their state of origin, so tell am make he no even try tell anybody what I went through or what am still going through just to enrich self in my name. If he wants to speak for corpers, he should relocate to Maiduguri and drink start drinking a thousand litres of water every day under the scourging 480 sun in brown khakis.

Watch me do it, watch us do it, watch The Nigerian Youths survive, watch me become the change I want to see, watch things change while you wait on the sideline as posterity weeps your ass for the ills you did in the name of survival. See my bones are hardened like that of the “Almajeris” my biceps are strong, built by the street so I will survive. Read this wordy elixir and see what will become of you because I am actually Taking The Matter Personal. I am The Nigerian Youth and not You, you are the Esau of our time, you’ve lost it just for crumbs, not even a full dose of the yam porridge (asaro) like your ancestor that lost it long ago. Ha! O ma se oo!! Too bad, your crumbs were packed in a brown envelope.