I watched CNN at night for weeks now and what has been trending is Ukraine. The protesters have been unpeaceful for THREE MONTHS, turning The Independence Square in the capital to a burn-fire altar in their demand for Ukrainian President Viktor Yanukovych to conduct new presidential elections, return to the old constitution and form a national unity government. The police (not soldiers) have been managing the crisis very professionally without guns until days ago when security forces (snipers) opened fire on protesters who were firing on unarmed police according to the Interior Ministry report. Dozens were killed by the snipers, health workers trying to help the wounded  were also caught in the crossfire but the protesters never gave up, they are still standing. They stood on death ground to demand what they believe is right for their nation and early until the Ukrainian president conceded to their demands with the promise to conduct a new election in ten days while meeting all other demands in order to have peace again. No cabal was blamed, No explanation was demanded and neither was Viktor’s tenure over, the people just felt Enough is Enough, and with tears and blood on the streets of Kiev, they are getting what they want. The Old Constitution and a New Government.

We all woke up to it… It was more like a joke when the No. 1 son of Otueke, and president of Nigeria GEJ woke us up with the news of fuel subsidy removal in January 2012. Out came his Defenders spearheaded by the eye-balling wife of Madueke, the lipsy ankara tying Eweala and the forever slim (now embattled) aboki Sanusi with explanations on how the External Cabal are milking Nigeria and why they must divert to the Internal Cabal for the draining, cutting and dissecting of Nigeria through NNPC, SURE-P and other ‘Ps’. I hope the Defenders can gather again like the cartoon super heroes ‘Avengers’ to rescue us with their statively clandestine explanations on how the money will be transferred from the pocket of the Internal Cabal directly to the purse of the Super Cabal aka PDP for the conduction of the 2015 elections. Too bad the slim aboki is currently on suspension and the two Iyalode’s have switched camp permanently to NNPC, abeg! that’s where the real cabalistic money is breathing. 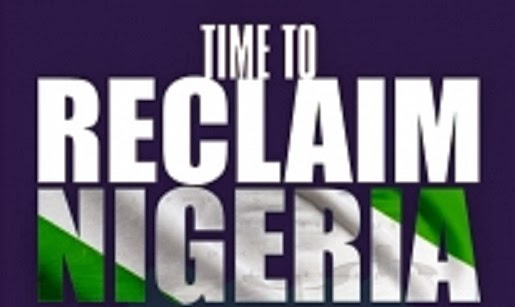 I remember how we moved heavily to reject the arguments of these scavengers led by Sanusi with bones and stones in hand, A big NO on our lips and cries for freedom at the Freedom Park in Ojota and all over Nigeria. Days later, the guns were out without any provocations, Ademola was shot dead in Ogba while three others had bullets holes to show for playing football on the street during a national wide protest. The same thing happened in Kwara, Abuja, Kano etc, young lives shot into oblivion but still we stood. Cowards we were but we felt we had a chance if their thugs were the police, we had the real street thugs with us this time so we felt stronger together but our forever failing “Elders-In-Struggle” in the name of TUC and NLC had compromised, the color of the bags they collected we knoweth not, but on the body was written, “Protesters Must Go” a perfect replica of “Ghana Must Go”, and while we sang the songs of freedom in Ojota with joyful hope, TUC/NLC called of the strike on Jan 16, 2012 and the military tanks arrived with unknown soldiers. Some of us stood our ground, others fled for their lives as  the tanks approached so we receded, hoping to live and fight another day. I wonder why we turned to hope?

Now Sanusi is the victim of the presidency and he’s painted a martyr for exposing the so-called NNPC fraud. I guess we were quick to forget how verbose he was as the advocate of GEJ while they presented the design that guaranteed that NNPC could steal with impunity, without allowing the External Cabal to get any major part of the action. I remember how eloquent he was on national TV, explaining how the money realised from the subsidy removal would be used to repair the refineries, build schools, buy buses for commuting citizens, expand agriculture, promote commerce and build our foreign reserves through SURE-P but here we are. The promises are still in the pipeline but the funds are long gone. If Sanusi was so credible like his new crusade claims, I don’t think he needed two years to notice his arguments in 2012 were lame and fallible, prompting him to give account of his stewardship and call Nigerians to the deception before the figures got to $47Bn, $10.8Bn or $20Bn whichever we can regard as correct. Mind you, this slim mallam spent N20billion on legal services and 9.24 billion on training and travel expenses in 2012 alone without a voucher to show to which case and who collected it from the CBN…  I wouldn’t be surprised if he comes out later this year to declare a presidential ambition, a clear indicator was his hint that he wasn’t going for a second term with the apex bank. All the noise and hullabaloo is to and end, although it is good for Nigeria and her people, and definitely will awaken the erudite sleeping giants in us again to demand without compromise what Nigeria as a democratic state and her people deserve from her wealth in gold (blue, black or white) and in silver.
Yes we are erudite, so knowledgeable that I will suggest we remove the fourth line of the second stanza of our national anthem and replace it with “help our youths with courage to act” because we definitely know the truth but we lack the courage to act. We hide in front of our computers blogging, tweeting and posting, fighting with this imperfect tools for activism (I am guilty too). We write great scholarly essays while the real problem that needs real solutions continually devour our nation and people. It is so easy to hit a few strokes on the keyboard screaming “I AM READY TO DIE” but an unexpected burst of “danfo” tyre on the street makes us scamper for the cuddliest corner under our beds in search of safety. I dare to say we are only paying lips service to fighting corruption and even some of us are only advertising through blogging and online activism, hoping to get dinner invitations, like the GEJ dinner of 2011 and more recently the Fayemi Tour attended by The “So-Called” Nigerian Youth Activist  or even political appointment aka Special Adviser Reno “Mockery” spelt Omokri. Here is the truth, we will never win from the comfort of our offices and room, our fight for freedom is off the pages of the internet, we must take it to where the real youths. We are not the youths, the real youths are out there on the streets, they vote and determine who wins or rig elections, they don’t tweet or read a blog post, Linda or Omojuwa is just a name to them. We must get off our grind because while we are here goofing, BAT,GEJ,IBB,GMB etc are busy engaging the street in preparation for the battle ahead and they are keeping us busy online while they run the streets ragged. Now they have Savannah  Reports to counter Sahara Reporters, and the truth is, they have more resources than we do but they don’t have the numbers, that’s our strength and wisdom will be found in our actions and not writeups.
I am from the street and I can take you there, let’s take the streets and not a sit, let’s stand up and stand tall, let’s rise up and walk. It is time to face the tanks, bullets and baton, let’s live for a reason, knowing that our actions will live and change the course of history forever. It is time for us to build Nigeria with our sweat, flesh, blood and bone. Let’s stop wearing those Awolowo styled caps if we can’t do what he did to leave a mark. If you’ve not done anything that could put your face on a naira note other than write blog post and tweet, I am talking to you… Winter is coming, let’s go to the ants…let’s leave the comfort of our air-conditioned rooms and office and be seen spearheading the move for change.  If Europeans and Americans that live in very smart worlds still come out when change is desired, then we will be fools if we keep keeping it online… It is time to get our feet wet in other to cross to the other side like the Israelites did in Joshua 3:14 -17.
I am Abidemi Babaolowo Oderinlo
iThink, iWrite and iActOnIt
Twitter: @enyola
Continue reading