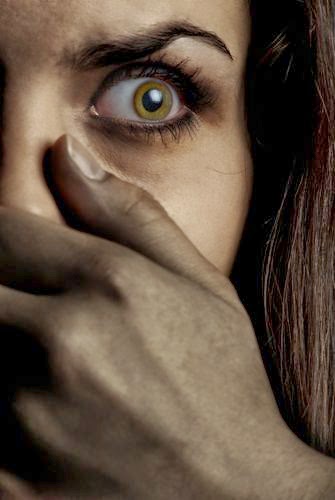 Rape is a topic on the lips of most people these days because the rise of exposure on crime has finally come to light in this part of the world.
Rape didn’t just start, it has always been but our culture and mentality never gave the female child, ladies or women who are victims of these wicked act the right to speak up and demand justice.
Thank God it’s changing now and a couple of groups are stepping out to be the voice to the voiceless, to fight for them and encourage them.
I remember closing very late from church due to a particular program. My home was quite far from the church. I could have slept in the church premises, but knowing that some of my relatives lived about 7 blocks away from church made me decide to go there instead.
I called to let them know I was coming over, my female cousin said she wasn’t home at the moment, but she will be returning the next day. She encouraged me to call her younger brother, even though her elder brother’s fiancée will not be home he would allow me pass the night. Confidently, I called him and he agreed. I got to the house and had my bath. I was about laying the bed when he asked if I was going to eat, I told him it was quite late and all I wanted to do at that moment was sleep. He said his good night and left the room.
Later that night, I woke up and discovered an object moving round my body. I was obviously spooked, until I realized it was human hands. I mouthed my displeasure which his reply was that I should not make noise. He didn’t want me to disturb his brother’s wife. I asked when she got back and he said it wasn’t long after I slept.
Then the talk began. He started professing his much suppressed love for me. How he has watched me grow into a beautiful woman. That he is sure I know what he wants and very sure I wasn’t new to his advances. At that point, I kept mute, thinking every possible action through in my head. “Is this how I am going to lose my virginity?”
All I could do was pray in my heart and engage him with discussions. Telling him I never knew he loved me and that he never showed it to me I told him I would prefer he shows me this love before we go into this stage. I also mentioned that I was still a virgin and would like my first night pre planned.
I just kept talking and praying within. I remember telling God He has to save me from this one because I came here from church and not some sort of kurukere waka.
Eventually, he believed I was serious about dating him and that the sex would eventually happen. A miracle right? I thought so too.
He finally slept off. I couldn’t get myself to closing my eyelid. I regretted not spending the night in church. I thought of doing different horrible things to him as I watched him sleep. I just didn’t dare. All I could do was thank God for saving me from this one.
I mean, I regard these people as family even though right now, I now think twice. After the incident, I remember trying to ask my Aunt how our chain of relationship links with this people but she started with questions that made me forget about getting an answer.
I was able to escape this but so many people didn’t escape theirs. They have decided not to talk about it and die daily with the emotional trauma.
I have just this to say to you if you are one of those rapist out there, I am not sure you have a heart or conscience, but the next time you choose to take a woman by force. Imagine another man taking your mother by force. Or even your own daughter.
Oh well, I hear they even rape their daughters? God help us all.
#SayNoToRape
Elsie Godwin
www.elsieisy.com
@elsieisy
Continue reading