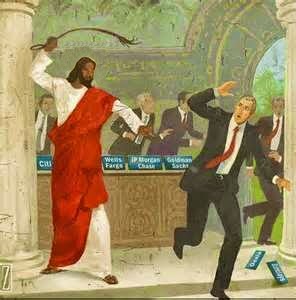 The story of a saint who won the war
Whose gait enough was ridden with strength
Strength enough to bear the pain
And pay the wage of the debt and crime
I have committed or yet to owe
They said he’s meek but I refuse to believe
They paint him weak, gentle and bland
But all of that I refuse to believe
Because no weak or feeble hand or mind
Can bear the burden of the things I’ve done
And the pain of a billion more of me
Care to listen to what I know
You’ll believe the truth of who He His
And not the feeble fable of who they said
The fury of a man that I know
More furious than a fiery furnace
But yet a saint, a lamb, a king

He became flesh and dwelled among us… He arrived in a manger, his umbilical cord probably cut with a regular knife or shear and tetanus or and any other known and unknown infection that could have been contacted in a dungy cow ramp didn’t come near him. He was a normal child but his immune system was stronger, he came a man. His first trip away from home was probably on a camel or donkey, all the way to Egypt until his enemies were dead, and he took the same road trip back home.. a big bad ass survival, thronging the deserts of the north like a boss.
At age 12, he was bold and knowledgeable enough to stand before people that would have been referred to as Bishops and General Overseers  in today’s churches, teaching them about the theology they taught they know already, he had more insight and foresight, and strength and wisdom, and he knew everything, not supernaturally, but by studying and learning. Remember when his mama came for him, he was even bold to tell her “mum why are you looking for me, can’t you see that I am here doing my father’s business? “.. From the age of 12, a fury he was, a saint but a fury in it.
I think you are forgetting that he grew up a carpenter, he had more muscle than the ones you push to get in a gym, tout body, tensile strength, mental weight and probably some scars from work hazards that comes with being a carpenter. He was strong, fury strong, great muscular body and not that tender looking frail dude you see in movies..no, that’s not him. He’s not the kinda guy you could get drunk and pick on, he was tall and suave, like nothing you’ve seen in all those Jesus movies you’ve watched… I am even suspecting he was a fine sword man, he must have learnt how to swing a little, it was normal for a young man in his time to learn the way of the sword, especially when you are strong like him.
Now to prove that he’s the kinda man I just described, follow my lead and let me show you in four scenarios.

1. Imagine a guy walks into a bus garage, locate the office of NURTW treasurer, walks up to him and tell him to leave his tax collection job and follow him without using any jazz and the treasurer obeys. Peter was a brazen tax collector and that was how He recruited him as a disciple. If you think Peter is not that razz or violent, just read your Bible a little more and you will notice that he was the one that drew his sword and struck off the ears of Malchus in John 18:10, but Jesus was stronger, physically stronger. Only the strong can control the strong, his charge over his disciples wasn’t just spiritual, he was physically strong and domineering.
2. Imagine a guy walks into a place where people were gambling and selling merchandize with “koboko” and he starts to kick their wares, and chase them away with “egba”, no guns or sword. I bet if you are the one selling, and he’s someone you can overpower, you would have kicked and wrestle him down, especially when it’s a public place and he has no personal right or authority over the place. That what happened when he chased those traders and gamblers out of the temple, he bounced them with his fury. He wasn’t the one in charge of the temple, anybody could have challenged his action, but nobody dared, he had not just spiritual charge over the temple, but some good pounds of muscle to back  up his action. He’s physically stronger than you ever imagined, and with a fury in it.
3. Picture this. An angry mob had gathered, they’ve just caught a criminal and they were about to stone her to death, then one guy comes out and say ” You can’t stone her”. Remember the “Aluu-IV”, even the police could not stop the mob, but he was strong enough to stop the mob and walked away with Martha. That wasn’t spiritual, it was a physical stance that he achieved with strength and not dialogue… It didn’t happen the way they showed it in “Passion of Christ”, “angry mob no dey hear gist”, they are like a moving train, it will take a superman, a real stallion like Him to stop the mob, and daring any of them to cast the first stone on grounds of reason. I bet you now have a feel of it, the kinda brother that rolls with 12 swords wielding men is sure not some gentle giant, He’s got fury in Him.
4. Just imagine you parked your new car in front of your house and two guys showed up, ask you for your keys and because you know them, and you know who they work for, you couldn’t even hesitate. Remember he even told them to tell anyone that dare to ask that, He’s the one that needs the ass. I worked in a sawmill for the better part of my recent youth, it accounts for the muscles you see on my body, I don’t do gym so I know how heavy a 2x12x12 log can be even if it’s soft wood. Now imagine how physically strong he was, he carried two of that for miles, shortly after he was flogged mercilessly and left with blisters and bleeding flesh. If na me, I won’t even go 100 meters before I will collapse but he carried it for kilometers, falling and standing up again to continue. He was nailed to that cross and He still had enough strength not just to talk, but to forgive, allot paradise  and pray. Omo my Jesus is a fury of a saint, not the gentle man they painted in those “Book Of My Bible Stories” we read when we were younger. 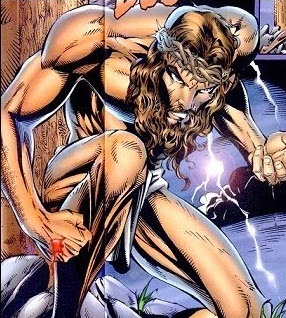 My Jesus was a strong, agile, tall, muscular, handsome fury of a saint, not a gentleman.. Even hell hath no fury like him, or do you think the scripture will describe Him “A Consuming Fire” if he wasn’t one? Get into some righteous anger, cowards don’t walk on water; when bullshit comes to your table, think about it, “what will Jesus do?”. 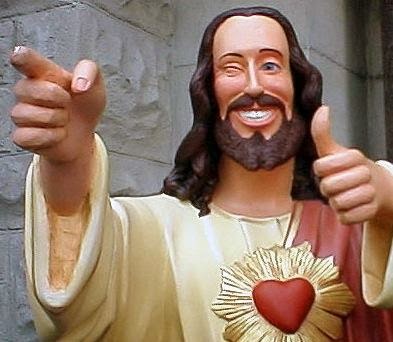 I am Abidemi Babaolowo Oderinlo
iRead What iNeed, iWrite What iLike, iAct What iWrite
Tweets from @enyola