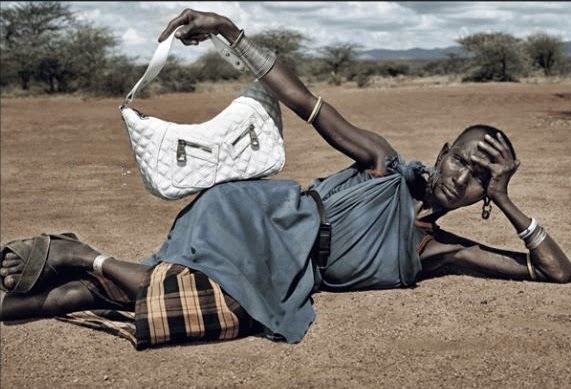 I recently noticed something in the way Arabs name their children compared to what we do here in Africa. They Use “Al” “El” as a “pre” to their names which could mean “a member of the house of ” or Fair, handsome, noble, bright (in English) etc but here in certain parts of Africa, especially where I come from, a part where religion is overly scented, we use “Abd” which means Slave, Servant etc. The Arabs don’t give their children English or Western names, they don’t call their children slaves instead they connect every of their offspring with his/her origin with “Al’ prefix. They hold their cultures, values and traditions in high esteem and stretch to preserve it, but we in Africa are quick to not only eschew who we really are, but to also trade our identity on the altar of religion, damning ourselves as slaves in the name of religion and not God.
If we must betray our true identity, why are we calling ourselves slaves when the people that brought the religion to Africa preserve their own name, culture, values and tradition? Tell me, which of these names sounds better; Al Farouq or Abdul Farouq (The Son of Farouq or Slave Farouq) with its true meaning? Someone should please tell me, why do we choose to be slaves to everything (Religion, Western Culture, Arab Culture, God and Men) when we could be kings.. Why are the owners of the religion not calling each other slaves but we gladly do, why do we now choose to be addressed as slaves?
If you give birth to a child and christen the child a slave, immerse him/her in the dictates of religion instead of God and give the child a personality that makes him/her less than human, why won’t such a child grow up delusional?
It is not even strange for you to see people throw away their identity in the name of religion. I remember my Chemistry teacher in secondary school changed his name from “Sangoleye” to “Jesuleye“, I am still thinking what effect the new name had on him because the last time I heard about him, he was still teaching Chemistry. Some people even travel to Europe or America from Africa and within a week, their tongue is twisted and they pretend to have forgotten their mother tongue. Some blame it on inferiority complex, others call it blending-in but I think it’s more about not realizing the true value of our identity as African, and the beauty of who we are. I know people of African heritage that were born and raised in Europe and America and could speak Ijebu, Igbo etc fluently, so I wonder why the ones that were raised on this side of the sun are eager to throw away their identity.
I get irritated when I meet people and they ask “What is your Christian or Muslim name?” sometimes I just wonder which part of their brain is not functioning; and the good thing is that I always have a perfect answer for them, “My name is Babaolowo” I am sure that name is not only Christian and Islamic, it has a perfect interpretation in all languages of the world.
I’m still waiting to meet an Arab or Emirati named “Abdul” in the UAE in all my years of visiting the region.. All the people I have been lucky to meet here have a handsome “Al” as a pre, it gives me hope that I will soon be chilling with an Al Maktoum soonest but in the interim, you can call me Al Farouq Bin Babaolowo.
Curled from www.africansawake.com
Continue reading