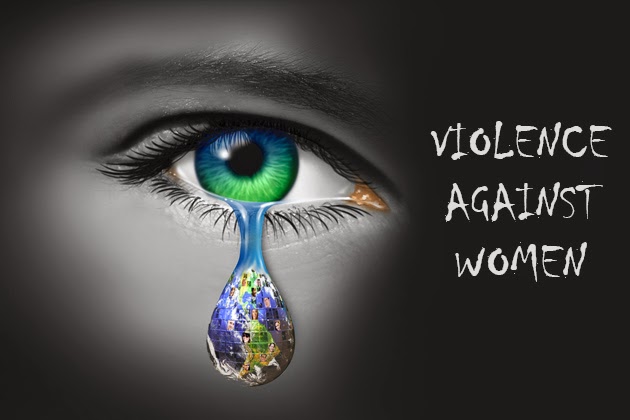 I recently came across a Facebook status on a female friend’s page claiming being “misogynist” a Nigerian culture and an African thing. 90% of the comments on the post described an average African of being vindictive of women rights, denying them even the humanity that is free for all. All the negative comments in support came from women who probably have sons, brothers and fathers who they describe to be good men in the same comment box, a submission which immediately reverses their well painted picture of a vile African male. I found this almost unbelievable because I am African, I grew up in a rural and very rustic environment where every woman was a jewel. I began to wonder, “Is she referring to the Nigerian culture I know or there is another Nigeria somewhere in Asia”. Even if this claims are true, an average African male is raised by a women, it this not a submission that African women are experts at raising misogynists.
The African culture that I know is one that strives to preserve her women from childhood, protect and re-present them at adulthood with pride. Where I grew up in Nigeria, it’s a place where the sun wakes up with pride and goes to sleep with grinning smiles, our women define everything, they define the parents and they are basically the yardstick for assessing the standard and morality of every home that has one in it.
It is confusing when you see Nigerians, Ghanians, Kenyan, Somalian and Africans in general taking responsibility for crimes they didn’t commit or an identity that is not their own. I am a bit livid when Africans attribute wrong doings to their Africaness, terms like “Africa Time”, “Africa Style”, “Nigerian Factor” and other submissions that directly negates being black leaves me in a rage like a mother who knows his son is still alive but can’t do anything to stop his being buried alive. It kills and burns me from the inside, therefore I must speak against it.
Domestic violence is as universal phenomenon and women being subordinated is a worldwide situation and has nothing to do with BEING AFRICAN. I don’t support abuse in any way and never will. I believe the place of a woman in a family is to be the support structure and mechanism, not the spearhead. Although women are the stronger element in a family system if we analyze critically, I personally from my experience believe their emotional chemistry is perfected to complement and my opinion has nothing to do with being a Christian, Muslim or African… It is my understanding of human nature.
I grew up in a African home where my mum doubled as dad when I was younger, my dad was a regional officer for a food and beverage company so he traveled a lot. My name Abidemi simply tells the tale that my dad was away when I was born, a reflection of the daunting responsibility my mum had to bear because I was the fifth of six children. I pounded yam with my mum and sisters and uncle, not because my dad demanded pounded instead of “Poundo”, it was my mum’s choice because she’s from Ekiti. In fact my mum sold “Poundo-Yam” in her super-store but we still pounded because she loved the real thing better. The beauty of this pounding experience is that my dad can pound too and he does wherever he was then… It was never my mum or the girls responsibility to cook, it was everybody’s duty and as I grew up, I got on the kitchen roaster. Even as hard as it was to have the time, there were those magic moments when daddy got in the kitchen, yes he gets his turn too. Maybe we can say she abused my dad in this situation. If my dad finds a shirt on the ironing board, he irons it before asking “whose shirt is this” and that is probably in process of ironing his wife’s clothes. Cooking and laundry was a collective work, not just in my house but in almost every home I know, and that is a very wide network, across states and regions, there was never a case blatant subordination.
Here in Lagos Nigeria where I live, you see fathers dropping off and picking up their children from schools, they take their children to the salon for haircut, they bath their children, tell bedtime stories, swing them to sleep and sometimes back their children when mummy is probably busy doing other things. An average home is a typical team of father, mother, grandmas, aunties, cousins and maids (for those that use maids), trying to support each other and raise the children against all odds, and the mother is always the nucleus. I am surprised when the tag “Africans” or “Nigerians are misogynist” is used. How will you tag a man whose house is naturally filled with women a hater of women? It is a paradox. 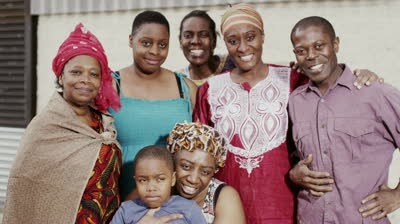 I have heard and heard horrific tales of domestic violence and abuse from around the world, I heard of situations of abuse with people that are close to me but I am yet to see an horrific situation within my community and I am Nigerian and African. Even the thugs on the streets respect women, and it is no gain-saying when you hear gist about thugs hiding their guns from their mum or girlfriend.
I am Nigerian, 100% African and I don’t see anything African about being abusive or vindictive in relationships or family. Just the way the Europeans can boast of kings and queens, we Africans have a rich history of queens and powerful women that still walked and still walk our continent, so much that even the Bible recorded during the days of Solomon and of the Persian king who made Esther his queen. The practice of women subordination is a religious import from the Arabian gulf and not an African identity. Before Christianity and Islam came to Africa, our lives were built and patterned around our women, they were the centre of everything and there was no King without the exalted office of a Queen and a King’s Mother, there was no place for a King’s father. Maltreatment of women is not African, it was never in our culture and not in the dictates or our tradition as far as I know, ours was a world built around the beauty of our women in all its form. 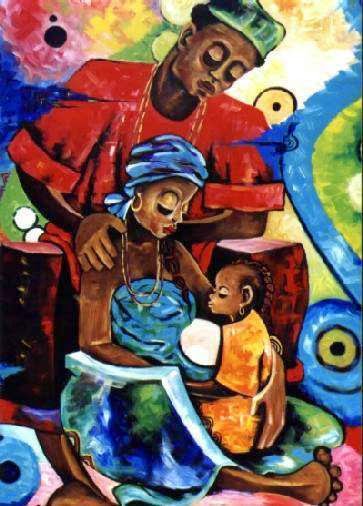 African women were the crown of their men’s head and the pride of their children. Everywhere else, they had gods and gods alone, here in Africa, we had gods and goddesses, and the beauty of the gods was that there was none without a goddess beside him, and we had goddesses without gods to match and still we worshipped them without discrimination. Ever heard of The Queen of Sheba, Kandake or Kentake of Kush, Queen Amina, Cleopatra, Moremi et al… Funmilayo Ransome-Kuti was on the entourage of great Nigerians that gave Nigeria her freedom, the richest black women are Africans living in Africa… so if we empower our women so much, where on earth did it become the culture of Africa to subordinate the women we worship and adore?
Here in Africa, our women are independent, but in the Arab world, women have no rights, women are not even allowed to drive in Saudi Arabia, so how did subordination become our own? It doesn’t look like the women in the West Bank and Middle East are doing better, nor the women in other parts of the world. I’ve seen abuse in the United Kingdom even under the reign of her majesty and nobody seems to call it an European or English thing. There are videos across the internet of both white men and black women abusing men and women in the Americas but nobody has tagged it an American thing, why do we Africans now readily accept to be bad and are eager to claim the forced identity the western world has placed on us with a faulty h cooked up history, cooked up about the beautiful Africa they met, and has worked hard to belittle and destroy. If the libraries of Mansa Musa are still lined with our great scientific and explorative exploit, why then do we still see so little of ourselves. Abuse is an international behaviour and it is majorly fueled by religions that are not native to Africa so I dare say nobody should make it an African identity. Black is Black and not bad.
In Africa , our culture is to love and respect our women. Ask an Igbo woman whose parents value more than a thousand male son or the Calabar bride in a fattening room. The “Jigida” is not for tying but for adorning our women, the “Ileke” is not a shackle, it is a jewelry and all of this were invented to appreciate the beauty of our African woman. Women abuse to my understanding is a foreign culture that was passed into the African system through religion (Christianity and Islam) it has never and will ever be our identity. Even if our culture and tradition places a man as the head in Africa, it recognises our women as the priceless pillar and body, without which the head is a decoration, and more importantly the heart of all our being. Our culture is designed to keep them that way, It is religion that has “Yerima’d” our culture.
Here in my part of Nigeria, here is a song we sing for our brides “Ile awa dun, oko ni fo aso… Ile awa dun, oko ni n ponmi… Ile awa dun, oko ni n lota…” (Our home is lovely, the husband takes care of all domestic responsibility).
I am Abidemi “Babaolowo” Oderinlo
I Write What I Like, I Live What I write
Twitter: @enyola
Continue reading