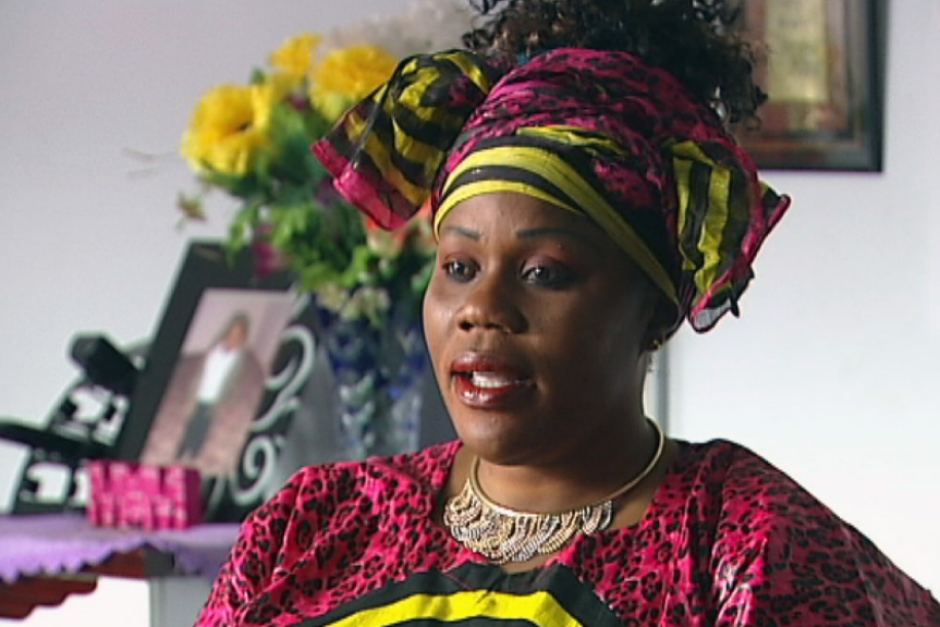 Wonder shall never end! Click image to watch the video..

Noela Rukundo sat in a car outside her home, watching as the last few mourners filed out. They were leaving a funeral — her funeral.

Finally, she spotted the man she’d been waiting for. She stepped out of her car, and her husband put his hands on his head in horror.

Far from being elated, the man looked terrified. Five days earlier, he had ordered a team of hit men to kill Rukundo, his partner of 10 years. And they did — well, they told him they did. They even got him to pay an extra few thousand dollars for carrying out the crime.

Now here was his wife, standing before him. In an interview with the BBC on Thursday, Rukundo recalled how he touched her shoulder to find it unnervingly solid. He jumped. Then he started screaming.

“I’m sorry for everything,” he wailed.

Rukundo’s ordeal began almost exactly a year ago, when she flew from her home in Melbourne with her husband, Kalala, to attend a funeral in her native Burundi. Her stepmother had died and the service left her saddened and stressed. She retreated to her hotel room in Bujumbura, the capital, early in the evening; despondent after the events of the day, she lay down in bed. Then her husband called.

“He told me to go outside for fresh air,” she told the BBC.

But the minute Rukundo stepped out of her hotel, a man charged forward, pointing a gun right at her.

“Don’t scream,” she recalled him saying. “If you start screaming, I will shoot you. They’re going to catch me, but you? You will already be dead.”

Rukundo, terrified, did as she was told. She was ushered into a car and blindfolded so she couldn’t see where she was being taken. After 30 or 40 minutes, the car came to a stop, and Rukundo was pushed into a building and tied to a chair.

She could hear male voices, she told the ABC. One asked her, “You woman, what did you do for this man to pay us to kill you?”

“What are you talking about?” Rukundo demanded.

“Balenga sent us to kill you.”

They were lying. She told them so. And they laughed.

There was the sound of a dial tone, and a male voice coming through a speakerphone. It was her husband’s voice.

Rukundo had met her husband 11 years earlier, right after she arrived in Australia from Burundi, according to the BBC. He was a recent refugee from the Democratic Republic of Congo, and they had the same social worker at the resettlement agency that helped them get on their feet. Since Kalala already knew English, their social worker often recruited him to translate for Rukundo, who spoke Swahili.

They fell in love, moved in together in the Melbourne suburb of Kings Park, and had three children (Rukundo also had five kids from a previous relationship). She learned more about her husband’s past — he had fled a rebel army that had ransacked his village, killing his wife and young son. She also learned more about his character.

“I knew he was a violent man,” Rukundo told the BBC. “But I didn’t believe he can kill me.”

But, it appeared, he could.

Rukundo came to in the strange building somewhere near Bujumbura. The kidnappers were still there, she told the ABC.

They weren’t going to kill her, the men then explained — they didn’t believe in killing women, and they knew her brother. But they would keep her husband’s money and tell him that she was dead. After two days, they set her free on the side of a road, but not before giving her a cellphone, recordings of their phone conversations with Kalala, and receipts for the $7,000 in Australian dollars they allegedly received in payment, according to Australia’sThe Age.

“We just want you to go back, to tell other stupid women like you what happened,” Rukundo said she was told before the gang members drove away.

Shaken, but alive and doggedly determined, Rukundo began plotting her next move. She sought help from the Kenyan and Belgian embassies to return to Australia, according to The Age. Then she called the pastor of her church in Melbourne, she told the BBC, and explained to him what had happened. Without alerting Kalala, the pastor helped her get back home to her neighborhood near Melbourne.

Meanwhile, her husband had told everyone she had died in a tragic accident and the entire community mourned her at her funeral at the family home. On the night of Feb. 22, 2015, just as the widower Kalala waved goodbye to neighbors who had come to comfort him, Rukundo approached him, the very man whose voice she’d heard over the phone five days earlier, ordering that she be killed.

“I felt like somebody who had risen again,” she told the BBC.

Though Kalala initially denied all involvement, Rukundo got him to confess to the crime during a phone conversation that was secretly recorded by police, according to The Age.

Kalala eventually pleaded guilty to the scheme. He was sentenced to nine years in prison by a judge in Melbourne.

“Had Ms. Rukundo’s kidnappers completed the job, eight children would have lost their mother,” Chief Justice Marilyn Warren said, according to the ABC. “It was premeditated and motivated by unfounded jealousy, anger and a desire to punish Ms. Rukundo.”

Rukundo said that Kalala tried to kill her because he thought she was going to leave him for another man — an accusation she denies.