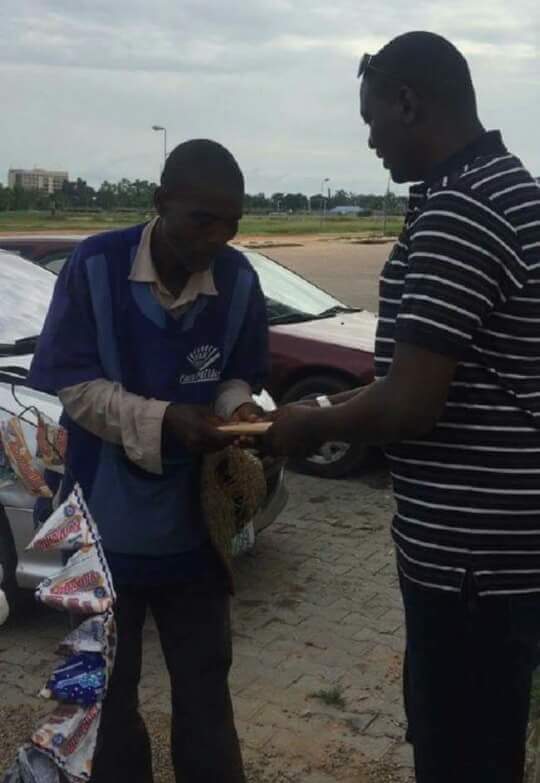 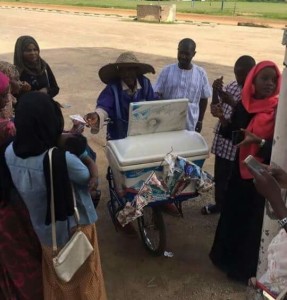 A hard-working, old man who has been selling Yoghurt on the streets of Kaduna for over 30 years has just been paid 3 Million Naira for the free Yoghurt he gave to a young customer 30 years ago.

According to our own very Confused Scientist Williams J. Fortune who shared the story on his Facebook page,

“A man on the street of Kaduna State who has been selling Yoghurt for the past 30 years has just be rewarded for his kindness. To those who know him, he’s very nice to everybody, especially students, because he normally give them free yoghurts when they don’t have money.

One of the students he normally gives free Yoghurts to as a child was kind enough to remember him after all these years. He came back from no where and gave the Yoghurt man a cheque of N3 Million! (Naira) and he called it ‘Appreciation Token’ for the free Yoghurts he got as a child.

Though the Yoghurt man could no longer recognize him, the little boy of 30 years ago still recognized the man who was kind to him when he was a child in his little way and came back to show a worthy sense of appreciation. That is the power of good deeds.” 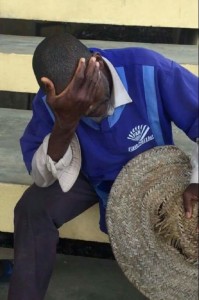 I once read a book titled “The Power of Nice”, this is a physical explanation of what can happen as a result of being nice to everyone you come across in your own little way. I am sure this very kind-hearted Yoghurt will continue to be nice and add value to the world around him, beyond the power of the nice reward he has received for being nice to so many.

The little things you do today will find a way to right back to you, it is only wise to expect nothing back from every act of kindness shown. The Yoghurt man never in his thoughts imagined that a tiny little brat he made smile would find a way to show appreciation beyond saying “Thank You Sir”, but now he knows better. 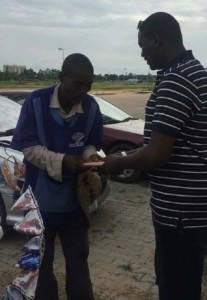 Be kind to all!

Expect NOTHING in Return!

Keep the world around you smiling!

And Love and Happiness will find you!