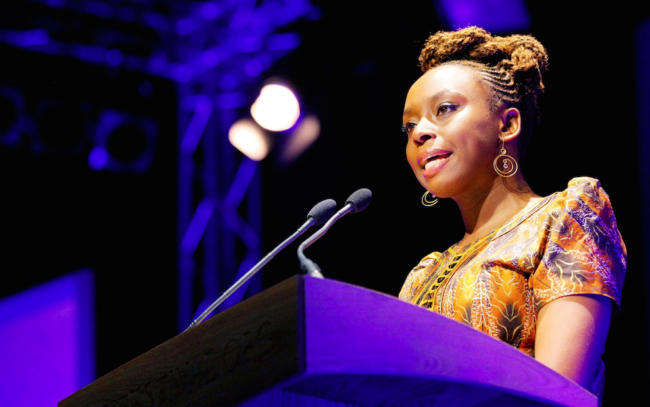 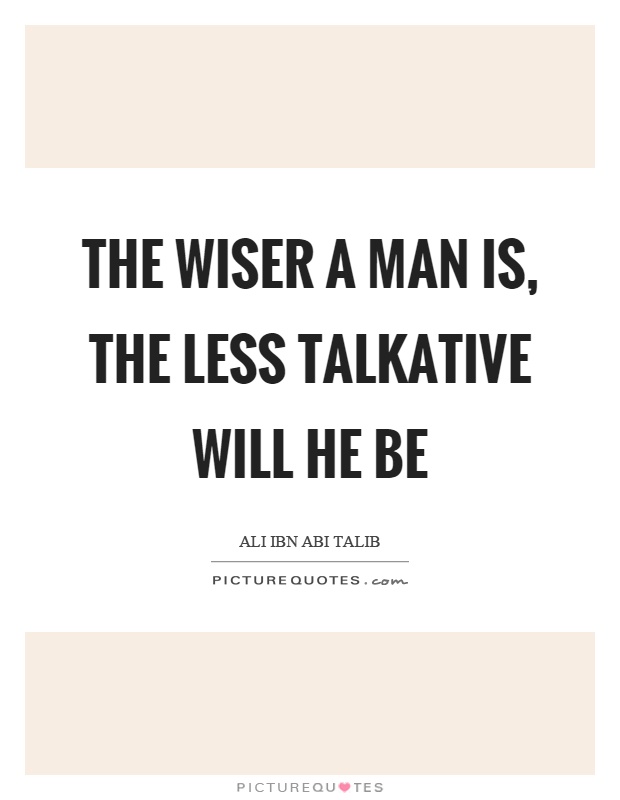 I know a little bit about everything and that’s the problem with me. Whenever there is a conversation, I always jump out of the blues with my factual perspective, I submit assertions and arrive at conclusions without even listening enough or sampling other perspectives and experiences because as far as I am concerned, I already know what they know, maybe a little bit but it is good enough. This is the problem with of the likes of me, Chimamanda and others on this table I’m about to shake; I am holding the edge and I hope I won’t be the first to fall off.

A few moons ago, Chimamanda Ngozi Adichie was in the news for her reaction to Hillary Clinton “Wife” status. A lot of me reacted to her reaction on the ground of her not-so-realistic definition and brand of feminism, not because I know the perfect definition, but more because I was sure her definition was imperfect even before I read it. She was cool with Obama’s status reading “Husband” before anything else but had issues with her adopted auntie Hillary calling herself a wife? So much for equality. 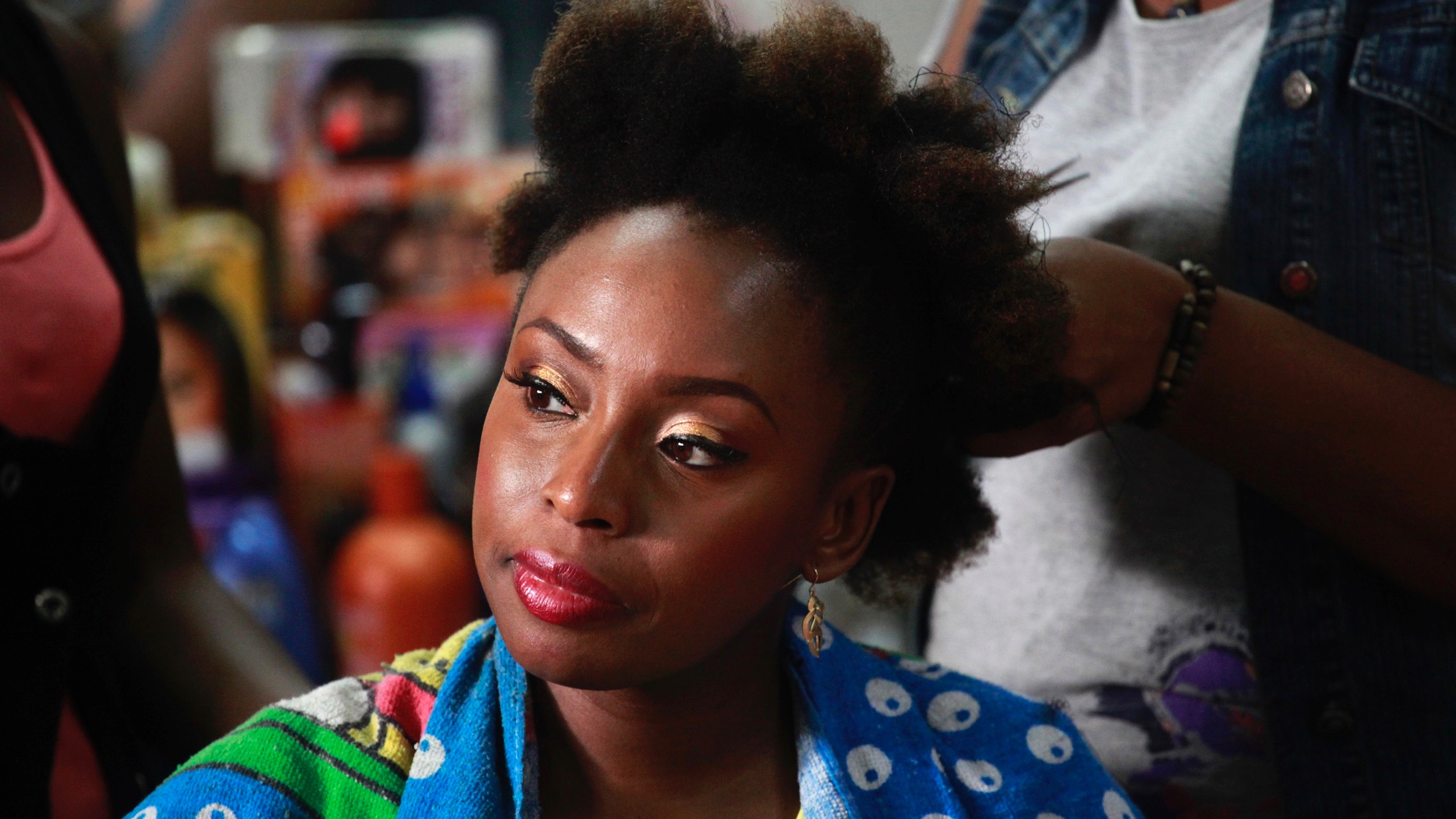 Yesterday, I woke up to Chimamanda’s name on the streets of Social Media again and this time, she has really crossed the line with our world-famous Lagos Igbo Brotherhood that owns half of the shops in town and brandish the “gb” intonation in every word they speak, “determined to never give up” on their identity in Lagos or anywhere in the world. Nna ehn! It was a painful thing that she not only assaulted a whole nation of hustlers, she took a very uninformed swipe at the the Igbo clan of Lagos Boys, defining them as sissies that have remained without or denied their identities since Biafra. I will like to share the story of Chike and Chimobi that not only negates her very irrational conclusion that is probably based on a night out with a glass of wine in hand, I will substantiate the undebatable and undeniable fact that Igbos are too proud a people to pretend not to be Igbo. Let’s go and ask E-Money!

I grew up with Chike Areh the son of Chike Areh which automatically makes him “Junior”. We called him “Junior” most of the time, not because it was our preference, it was more because we were practically aware of his father’s tendencies, but the defiant ones amongst us stilled called him Chike because that’s the name he loved. Mr. Chike senior was a fearless despot, a man who was so proud of his identity even though it left indelible marks in every direction with a trail of tyrannical identity to it. I remember a Sunday in church, the priest was preaching and talked about how it was almost impossible for a murderer to be proud about being one, he innocently asked, “is there anyone in this church that has killed anyone before…” and before he could finish the question, Mr. Chike was on his feet. The priest had to rephrase, acknowledging his sincerity and explained that his question was not directed at ex-soldiers who fought in the Biafran or people in that same category, not killings done in the line of legal duty.

Catechism classes for “First Holy Communion” was with Chike, a requirement for joining the league of extraordinary Altar Boys . I was already baptized Anthony at infancy but Junior wasn’t, we were both ready to join the ranks as Altar Boys (Mass Servers), it was more like moving from boys to bigger boys and it was natural to pick a patron saint for your baptism. Junior had picked no other because when the priest saw the name written on the piece of paper he handed to him, he was shocked and he had to ask the tiny bony boy and his Godparent before him if they were sure before he went ahead. The whole of Saint Patrick Catholic Church got one of the most epic shocks when they heard the priest reel it out; “CHIKE! I baptize you in the name of the Father, of the Son and of the Holy Spirit”, only half of the congregation encored with the usual “Amen!”, the unusual had just happened, a new saint has been born, Chike the son of Chike has been cleansed from his original sin and he’s now his own patron saint. That was how proud, cocky and confident the Lagos born St. Chike the son of Areh was, and I dare to say I have never met any Igbo man that is not as proud of his identity as Mr. Chike Areh and sons home and abroad.

You might be quick to assume that this reality is only amongst we commoners but I can assure you it is the same for the extremely rich Lagos Igbos that I’ve met in my beautiful life. I have a very good example of Lagos-born sophisticated Igbo boys and girls that are just so Igbo even without the accent no matter how they try. I met and had that conversation with Emeka and Onyinye, the son inlaw and daughter Innocent Chukwuma aka Innoson a few years ago a night before their wedding. I remember how Emeka went from that sophisticated bloke to a proper Igbo man just in the middle of our conversation, and also how Onyinye confirmed they already had a bet on the number of children they will have depending on the outcome of the season for Arsenal FC in the EPL and Real Madrid at the UCL final in 2015. It was already a business deal even before they tied the knot, and they held nothing back, they spoke freely and confidently using Igbo words in their crisp accent, forgetting I am not Igbo at all through the evening. My experiences were similar elsewhere.

It is however possible that Chimamanda had met my friend Chimobi aka Lord Mo! He is the only Igbo man I know that feels more Yoruba than Igbo because he was born and raised in Isolo local government, not even Lagos Island, Ipaja, Ikorodu or Epe. He is quick to respond in Yoruba when you greet him in English if he knows you’re Yoruba, and even quicker to pretend like he doesn’t understand Igbo when two or more Igbo people around him switch to that language that keeps the business going all over Nigeria. Chimobi is however not ashamed of being Igbo, he’s only more in love with his Lagos identity than a culture he’s technically alien to as a full Lagos pikin. There are a thousand and one reason why Chimobi is who he is, being ashamed of being Igbo is not one of them because whenever Chimobi is the only Yoruba guy in the room, he becomes Igbo right out of the box. Going to Yaba, Alaba, Ikeja or any other market with Chimobi is bound to give you that language edge because he’s quick to negotiate in Igbo, yes! He speaks the Igbo language and he’s naturally muscularly endowed like a proper son of an Igbo farmer from Nnewi. Chimobi is not rich, he is not even in the middle class that doesn’t exist, he’s just getting by and living alright.

Chimobi is not alone, he’s lost in the sea of so many Lagos born and bred Igbo boys cut in the very midst of a similar identity crisis. To a large degree, Lagos has adopted them has one of its many own but not totally. They are daily reminded that they are Igbo at the slightest opportunity, the “Ajeokuta Mamumi” (those that eat stones without drinking water), a nomenclature crafted from the fact that most of their meals are solid like that… do I need to tell you that the banter is both ways, so it’s normal even though they are tribalistic jabs, crafted to ridicule each other’s identity, it ends up funny and we all laugh about it in Lagos. It feels cool but the moment that Lagos Igbo boy tries to identify with his brothers from Aba and Abakaliki, he is quickly reminded that he’s an outcast, a fake Igbo man even if his father and mother are from Ebonyi. Do I need to remind Chimamanda that it is natural to identify with those who accept you? 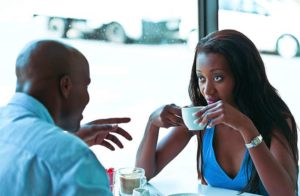 Now we are on “Chivalry vs. Weak” courtesy sister Ngozi of the Lord again but I won’t entertain that because I know that the strongest of this specie is woman. I don’t blame Chimamanda though, I blame the internet and her Igbo brothers in Lagos. Internet is now cheap, data is affordable and our Igbo brothers have made it possible to get an android phone for as low as N10k whether it’s UK used or Made in China, this gives a lot of me access to the uninformed perspective Chimamanda has been spewing out like a Muslim that discovered that the meat he just mouthed is pork just when s/he was about to swallow it. I know chivalry is deeply rooted in knighthood with a lot of association with women being considered properties, weaker beings and all; but isn’t it so sexy to just open the door for a lady so that you can atleast make her feel special? I think I just heard the horn, we don’t have a gateman, it must be my landlord’s daughter, she’s the only one that bothers to press the horn when she gets to the gate. Let me quickly go and help a lady.